What the Destruction of the Mosul Mosque Shows About ISIS

First built in the 12th century, Mosul’s Nouri Mosque withstood the rise and fall of the Mongol, Ottoman, and British empires. The building survived the regime of Saddam Hussein, an American invasion, and the first 14 years of civil war in Iraq. But on Wednesday night, ISIS gunmen blew it up.

After nearly nine months of brutal fighting for the city, ISIS’ destruction of the mosque deprives its opponents of an expected emotional conclusion to an epochal battle. The mosque is where the Islamic State signaled the peak of its power in June 2014, days after overrunning the city of more than a million people, the largest population center ISIS captured. It was at the Nouri mosque that ISIS’ supreme leader Abu Bakr al-Baghdadi delivered a sermon proclaiming “victory and conquest.” With the building now reduced to rubble, Iraq’s military and government will have no opportunity for a similar declaration.

Civilians trying to flee get undressed to be checked for explosives after suicide bombers exploded as Iraqi forces continue their advance against Islamic State militants in the Old City of Mosul, Iraq, on July 3, 2017.
Felipe Dana—AP

The leveling of the historic mosque is emblematic of the painful reality of the battle for Mosul. Though the city is on the brink of its full liberation from ISIS, a vast portion of the city has been shattered. In much of western Mosul, where the battle has been the fiercest, entire neighborhoods have been reduced to a ghostly landscape of hollowed out buildings. What had been apartment blocks, shops, restaurants, and hotels are now rubble. The city’s airport, train station, government buildings, and museum have been devastated. ISIS will soon be gone, but the built environment of the city is shattered.

The loss of the Nouri mosque also obliterates an important symbol of Mosul and Iraq as a whole. The site, with its iconic leaning minaret even appears on the 10,000 Iraqi Dinar note (a denomination equal to about eight and a half U.S. dollars). The slanted minaret was nicknamed al-Hadba, the hunchback. Majid Alsayegh, who was born and raised in Mosul and now runs a consulting business in Philadelphia, says the mosque represents “generations of memories.”

“My father and his siblings grew up going to Friday prayers at the mosque, learning to read and write at the mosque,” he tells TIME. “ISIS destruction of the mosque is an evil attempt to destroy the very core of Mosul,” he adds.

The destruction of the mosque follows a pattern in which confronting ISIS renders an area unlivable, the militants leaving behind ruins and boobytraps as they retreat. In the Iraqi city of Ramadi, freed from ISIS in December 2015, the battle to reclaim the city left more than 5,700 buildings destroyed according to the United Nations. Fallujah, was all but deserted when Iraqi troops finally seized it from ISIS in June 2016. South of Mosul, retreating ISIS fighters set fire to oil fields, igniting blazes that continued for months, choking people’s lungs and blotting out the sky.

Iraqi civilians flee through an alley as Iraqi Special Forces continue their advance against Islamic State militants in the Old City of Mosul, Iraq, on July 3, 2017.
Felipe Dana—AP

In addition to ISIS’ own brutality, the U.S.-led coalition’s airstrikes have also taken a huge toll on cities and on human life. The coalition has launched more than 22,000 strikes in Iraq and Syria since 2014, and reports of civilian casualties are surging. The nonprofit monitoring group Airwars, some 3,100 civilians have been killed in American-led airstrikes in Iraq and Syria between August 2014 and March 2017. In March alone, more than a thousand civilian deaths were reported in Mosul.

The Islamic State’s propagandists claimed the historic mosque was destroyed in a coalition airstrike. The U.S. military rejected those claims, and surveillance video released by the Iraqi military showed an explosion consistent with a planned detonation, not an aistrike. Still, for ISIS to score a propaganda victory, muddying the waters may be enough. “The ISIS story is taken seriously. For many the culprit is ambiguous, at best,” said Hassan Hassan, a senior fellow at the Tahrir Institute for Middle East Policy in Washington, on Twitter.

The landscape of urban destruction in Iraq and in the parallel war in neighboring Syria is drawing comparisons to the devastation of Europe’s cities in World War Two. “We are witnessing a profound change in the history of armed conflict which sees towns and cities locked in entrenched patterns of urban warfare for years at a time,” writes the renowned military historian Anthony Beevor in the forward to a report on urban warfare released in June by the International Committee of the Red Cross.

Today, ISIS fighters are holed up in a shrinking enclave of Mosul surrounded by Iraqi troops and bombarded from the air by the U.S.-led military coalition. Tens of thousands of civilians are also trapped in the besieged zone, facing death if they attempt to flee. In early June, the U.N.’s human rights chief reported that jihadist gunmen shot and killed 163 civilians to prevent them from fleeing the Islamic State-controlled enclave. More than 860,000 people have already fled Mosul, and many still make the attempt.

In Mosul at the end of March, an Iraqi couple paused in the road to scrape mud from their shoes. Days earlier, Umm Tiba, 33, and her husband, Abu Tiba, 40, fled the ISIS-held section of the city, sprinting across the front line in the early evening to the relative safety of the Iraqi military-controlled section of the city. Now they stood in the muck on the highway that connects Mosul to Baghdad, out in search of supplies for their family of seven. Like tens of thousands of other Mosul residents, the pair were struggling to survive. Before ISIS arrived in Mosul, Abu Tiba had a small shop selling CDs. The jihadists arrested and tortured him for distributing music banned under the self-proclaimed Islamic caliphate. He sticks a finger in his mouth and pops out a set of false teeth to illustrate the severity of the beatings. During the battle, they decided to flee when a mortar hit their house.

They faced new problems on the military-controlled side of the front line. With no source of income, the two had virtually no way to buy food. They had appealed to Iraqi soldiers for help, but to no avail. For their own safety, the couple asked to have their full names withheld. And yet, Umm Tiba says of their situation, “In all cases this is better than ISIS.” 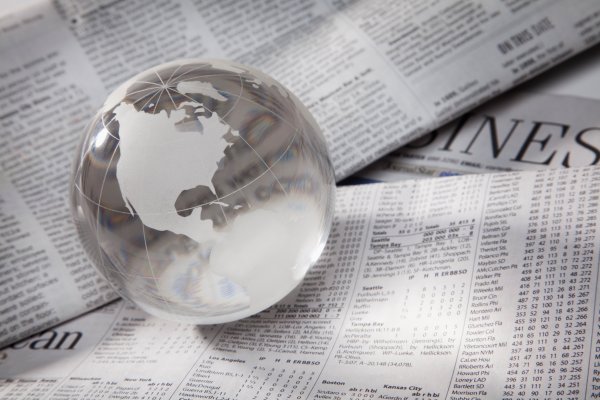 Quiz: How Well Did You Pay Attention to the News This Week?
Next Up: Editor's Pick