“President Trump has condemned violence in all forms and it’s sad that others like Johnny Depp have not followed his lead,” the statement reads, according to Variety. “I hope that some of Mr. Depp’s colleagues will speak out against this type of rhetoric as strongly as they would if his comments were directed to a Democrat elected official.”

Speaking to the Washington Post, Kellyanne Conway, counselor to the President, said that the joke is “no laughing matter.”

“These things are real,” she continued, adding that Depp is a “nut job” and that his statement was “not a slip of the tongue.” Conway also warned that Depp’s words could “easily inflame lunatics who wish to bring harm.”

In addition, the Secret Service is also “aware of the comment in question,” an agency spokesperson told the Post. The spokesperson declined to comment further on the matter due to security reasons.

Depp made the joke on Thursday while introducing a screening of his 2004 movie The Libertine. While speaking to fans at the screening, the Pirates of the Caribbean star asked, “When was the last time an actor assassinated a President?”

“It is just a question — I’m not insinuating anything,” Depp, 54, assured the crowd. “By the way, this is going to be in the press. It will be horrible. I like that you are all a part of it.”

Depp has yet to respond to the criticism. 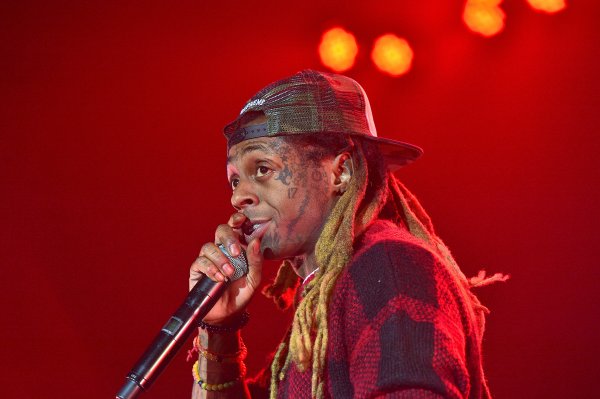 Lil Wayne's Miami Home Came With a Lagoon of Sharks
Next Up: Editor's Pick