Willfully obscuring your vision as you traipse down a public thoroughfare sounds like a pitch for a reality TV series wherein people attempt inadvisable stunts as onlookers crowd to witness the inauspicious upshot of such shenanigans.

But there is something delightful about augmented reality trailblazer Abhishek Singh’s recreation of the opening area from the classic Nintendo side-scroller Super Mario Bros. in full 3D, mapped onto New York’s Central Park in all its lush midday glory.

And then he does, slipping on a Microsoft HoloLens headset and recording the entire experience, start to flagpole finish without post-production edits. Up comes the player selection screen, with interaction mapped to a thumb-finger “pinching” action. Singh strolls forward, hopping to head-stomp goombas and leaping with arm raised to tap power blocks, which conjure the magic mushrooms that morph little Mario into big Mario. To simulate that sense of “growing,” the 3D pipes and environmental dressing simply “shrink.” It’s quite clever.

By upscaling a 2D video game level to a 3D-navigable jaunt, the level’s dangers lessen. What were unavoidable obstacles and enemies in 2D become flank-able, optionally interactive curiosities Singh can confront or simply sidestep. Once Singh snags the level’s fire flower, he’s able to fling fireballs by performing the thumb-forefinger pinch gesture. The most vertiginous moments, surely more so for Singh than us, arrive as he nears the edges of pits, layered over the ground and dropping into infinite pools of blue sky.

The most harrowing one? Near the end, as Singh enters the flag castle, at which point his view is almost completely obscured by its walls. This is the point where accidentally interacting with passerby distracted by their smartphones, their attention equally befogged by another kind of augmented reality, could result in a very bad ending. Fortunately no one shatters the illusion or interrupts Singh’s psychedelic reverie.

In any event, it’s great fun to watch, and though form and function are deeply at odds here, it’s interesting to consider what this sort of interpolative maneuver heralds for new forms of play in public spaces. 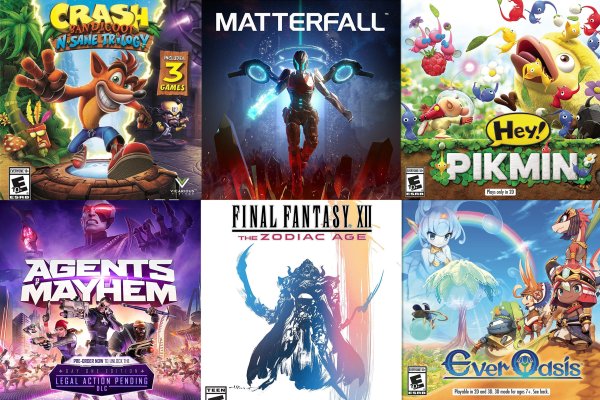 20 Video Games We Can't Wait to Play This Summer
Next Up: Editor's Pick