The Continuing Urgency of the Grenfell Tower Inferno

Smoke billows from Grenfell Tower as firefighters attempt to control a huge blaze in London on June 14, 2017.
Daniel Leal—AFP/Getty Images
By Tara John/London

It was a sweltering Saturday in London and the anger hung in the air like the heat. On June 17, hundreds of people gathered at the police cordons in the public housing project of Lancaster West Estate to pay their respects and voice their concerns. Above them loomed the remains of Grenfell Tower, a 24-story apartment building that had housed up to 600 people before a fire ravaged it on June 14, killing at least 79 people by police estimates.

Harrowing details about the tragedy were commonplace. Nigel Clarke, who lives on a street parallel to the building, told TIME that a friend had broken his arms when he caught a baby thrown out of a unit by a desperate mother. Locals were bewildered and incredulous at how this could happen in the borough of Kensington and Chelsea, which has one of the wealthiest populations in the U.K. and is only minutes away from the fancy mansions familiar from the movie Notting Hill.

In the days since the fire, Grenfell Tower has been held up as a tragic symbol of the social ills facing Britain: a detached political class; nearly seven years of a government-led austerity program that has sliced through the country’s welfare state; rising socioeconomic disparities; and a hastening decline in living standards. The U.K. has seen the biggest drop in average real wages in OECD countries except for Greece, according to an analysis by the London School of Economics’ Centre for Economic Performance. The disparity between rich and poor is especially visible in places like Kensington, where the average house costs 38.5 times the average annual salary in the U.K.

The Great Fire of London in 1666 ushered in a new system of building regulations and the beginnings of the fire-hydrant system, and experts hope today’s tragedy will be a wake-up call to policymakers. A failure to create robust home-building programs in an era of rising socioeconomic insecurity risks stifling London’s capacity to grow—and increases the polarization of a growing class of people who feel ignored, undervalued and angered by their dispossession. “It could be any of us. I live in a tower block too,” local resident Rochelle Thomas, 25, told the crowds at the impromptu rally near the charred tomb. “It was genocide,” someone shouted back.

The rage surrounding Grenfell Tower stems from the mounting evidence that the fire might have been prevented were it not for the negligence of authorities and regulators. The building had been recently restored using aluminum cladding with a polyethylene core, which the British media suggests could have been made fire-resistant for only $6,300. The building had no water sprinklers; regulations require only high-rises constructed after 2007 to have them. Fire-safety notices had told Grenfell Tower residents to “stay put” in the event of a blaze. And a 2016 blog post by residents accused both the council and the Kensington and Chelsea Tenant Management Organization, the body that manages the building, of ignoring their health and safety concerns. The post eerily predicted that only a “catastrophic event” would bring attention to their worries. “The concerns of the people in that building went unanswered and unheard,” Thomas says.

Now the anger has been turned on those in charge. The fire came soon after the general election on June 8 left a weakened Prime Minister Theresa May in charge of a minority government. Her Conservative Party has been singled out for repeatedly voting against regulations that call for more accountability from landlords, and her government was criticized for reportedly delaying a review of apartment-building fire safety just last year. May herself came under fierce criticism and demonstrations on June 15 for a perceived lack of sensitivity to the victims. Opposition Labour leader Jeremy Corbyn demonstrated his popular touch by calling for vacant properties to be seized to rehouse the homeless Grenfell Tower victims. The government has since acquired 68 flats for some of the 110 affected families; where the rest go remains an open question. “Given that there’s already an acute housing crisis, and even homeless people can’t find accommodation, where is [the government] actually going to house the victims?” asks Loretta Lees, a professor of human geography at the University of Leicester.

The backdrop to this is a housing crisis that has been long in the making. In the years after World War II, Labour and the Conservatives worked together to build a welfare state for the country emerging from the rubble.“There was tremendous moral and social pressure on the British government” to build new homes in Britain, says Lees. About 200,000 new social homes (or public housing) were built annually from 1949. But the era of wide-scale building ended in the early 1980s, when Prime Minister Margaret Thatcher began to allow long-term public-housing tenants to buy their homes at a discount, on the basis that home ownership would give citizens a stake in their communities. Investment in social housing plummeted, and by 1997 2.3 million public housing tenants lived in accommodation that was unfit for purpose.

Tony Blair’s Labour government attempted to fix that with a widespread refurbishment program and by pushing mixed-development projects that would encourage private developers to build social housing. But a promised home-building revolution dissolved in the economic crash of 2008, and the Conservative coalition government that came to power in 2010 began a program of austerity that once again led to years of underinvestment in social housing. Cash-strapped local councils, which saw their budgets cut by about 40% after the crash, again sought support from the private sector.

Critics say this has led to the eviction of low-income social renters in inner-city boroughs like Kensington, in a bid to gain revenue by selling new units to richer tenants. Local authorities are still obligated to house vulnerable people, but in the age of austerity, the existing homes are falling into disrepair and construction of new units has dried up. Only 1,102 new socially rented homes were built in the U.K. in the last financial year, according to government statistics. Only a fraction of those were in Kensington. “When the government says, ‘We will rehouse everyone in the locality,’ they’re going to find that impossible, because there won’t be enough social housing in Kensington to provide a home for all the people that are homeless,” Tom Murtha, a social-housing activist and former housing-association chief executive, tells TIME.

If the low-income families of Grenfell Tower are displaced to the suburbs and beyond, they won’t be the first. For decades, urban centers in cities like London, New York, Amsterdam and Tokyo were often crime-ridden territories of the poor, with wealthier people opting to live in the suburbs. Over the past 30 years, that turned inside out—wealthy people are drawn to regenerated city centers while poorer people are driven to the outer margins. But the current spatial change is problematic as cities rely on the relatively poorly paid workers to function. “The edges of the city are where none of the low-paid service-industry jobs are located,” says Maarten van Ham, a professor of urban renewal at Delft University of Technology. Public transport in the outer fringes is neither good nor affordable, he adds. “Good connections by public transport … are really crucial to connect lower-income households with schools and with places of opportunity.” The impact of this on the social fabric can be seen most dramatically in Paris, where the most vulnerable live in an outer ring of suburbs known as banlieues that have become bywords for urban deprivation.

The fate of Grenfell Tower has reignited debate in the U.K. about how to repair a generational shortfall in investment in housing for the poor. The first step, say victims and activists, is to ensure that those responsible for the blaze face justice. A public inquiry has been set up, and the police say contractors and building managers could yet face criminal charges. Victims of previous, similar tragedies have urged Grenfell Tower residents to keep up the pressure. Margaret Aspinall, who lost her son in the 1989 Hillsborough Stadium disaster, when a crush of people led to 96 fatalities, told the Liverpool Echo, “You’ve got to start demanding answers and have transparency and openness about everything as the authorities will try and palm you off.” That tragedy led to reforms in British soccer, from the removal of fences to requiring a seat for every spectator at major sports stadiums.

Will Grenfell Tower launch similar reforms? The Conservative government has ordered authorities across the country to review cladding on new construction projects, and it’s likely that it will unveil changes to fire-safety measures. But some are advocating for a deeper package of reforms to social housing—giving councils more authority to tax and spend, for example. “This tragedy will convince people that if they get into power, they will need to invest in council housing and they will need to invest in the modernization of existing estates to make sure this doesn’t happen again,” Murtha says. The question now is whether the rage on display on the streets of London can translate into real action. 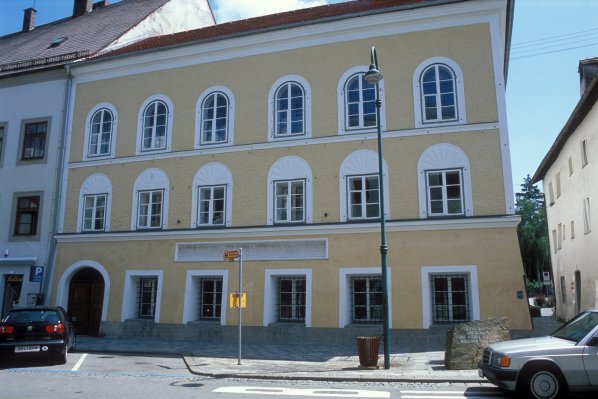 Austria's Highest Court to Rule On Dispute Over Hitler's Birth Home
Next Up: Editor's Pick