Extreme Heat Waves Will Change How We Live. We’re Not Ready

Extreme heat struck across the Southwest U.S. this week, sending temperatures in Phoenix soaring to near 120°F and grounding airplanes that were unable to operate in such warm weather.

Heat waves are nothing new, but they have increased in frequency and severity in recent decades as a result of climate change. And each extreme heat event reveals another way our society simply isn’t built for such high temperatures, from our transport systems to the agriculture industry.

“We’ve built entire infrastructures with particular temperatures in mind,” says Matthew T. Huber, an associate professor of geography at Syracuse University. “When temperatures get really high, we don’t have the material capacity to deal with that.”

Still, humans continue to relocate to warm places like the Southwest, drawn by the temperate climate. In the coming decades, many climate researchers expect that pattern to reverse, as those once-desirable locations become too hot, flooded or otherwise uninhabitable. In some locations, particularly in the West, people will soon need to decide whether to rebuild for the new reality — or relocate elsewhere.

“There seems to have been a tendency for people to move to warmer locations with warm pleasant conditions,” says Jeremy Pal, a professor of civil engineering and environmental science at Loyola Marymount University. “If heatwaves become more frequent and/or severe or temperatures and humidity conditions become too extreme for an extended part of the year, I would expect populations to move to locations with less severe conditions.”

Humans have constructed essentially every element of the modern transportation sector to operate under certain temperature conditions. Airplanes — like those in Phoenix — cannot safely take off under extreme heat conditions that affect how the engine operates. Amtrak monitors temperatures closely and reduces the speed of trains when it gets too hot. Roads and highways can buckle as concrete expands.

These problems are not necessarily unsolvable. Take the issue of airplanes, for instance. Aviation companies can build planes to withstand higher temperatures, and airports can extend runways to address engine issues. But all those changes would be costly and require a wholesale rethinking of many aspects of the industry.

Energy providers try not to produce significantly more electricity than needed to power the electric grid at typical peak demand. The reasoning is obvious: excess power is a waste of money. But, as heat waves increase in severity, humans will rely more on energy-gobbling air conditioners that only come on when temperatures are high. This creates a nightmare for utility companies as they struggle to ensure they have enough power to meet demand without wasting it.

This may be one of the easiest challenges to address — though it comes at a cost. Most simply, energy providers can build capacity in the form of new power plants. They are also increasingly exploring ways to cut demand when the grid is stressed, like paying energy gobblers to turn off operations at peak times.

Human society relies on agriculture that has become increasingly vulnerable to extreme heat, which can wreck a season’s crop and kill off livestock. Global warming reduced crop yields by as much 20% between 1964 and 2007, according to a study in the journal Nature. And, even when crops can survive high temperatures, humans will increasingly be unable to safely work in the fields to farm them. In some parts of the world, farmers have already begun planting crops drought-resistant crops, like sweet potatoes, though that can sometimes mean changing eating practices.

It’s no secret that humans cannot withstand extreme temperature conditions. Heat stroke can occur when extreme heat drives body temperatures to exceed 104°F (40°C), which can lead to a number of ailments or even death. Some places — think most cities in the Middle East, as well as Southwest population centers like Phoenix — have been constructed with this in mind. In those cities, humans hop from place to place rarely ever leaving air conditioning, thanks to climate-controlled public transit.

But researchers warn that heat waves in the coming decades may lead to sustained temperatures that mean people can essentially never go outside. A 2015 study in the journal Nature Climate Change found that temperatures in the Middle East could exceed the approximate 170ºF threshold, accounting for both heat and humidity, where humans simply cannot survive.

“Such severe heat waves are expected to occur only once every decade or every few decades,” study author Elfatih A. B. Eltahir, a professor at the Massachusetts Institute of Technology, said at the time. “But when they happen they will be quite lethal.” 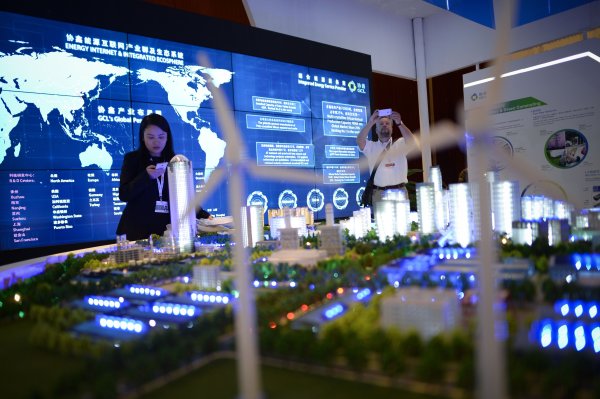 How Trump Could Slow Climate Change Projects
Next Up: Editor's Pick