President Trump defended his bluff about having tapes of conversations between him and former FBI Director James Comey, saying his strategy “wasn’t very stupid.”

“When [Comey] found out that there may be tapes out there…I think his story may have changed,” Trump said on Fox Friday. “Then he has to tell what actually took place at the events.”

“It wasn’t very stupid,” Trump continued. “He did admit that what I said was right and, if you look further back before he heard about that, maybe he wasn’t admitting that.”

Trump seemed to be referring to the fact that he had wanted Comey to publicly say that he was not personally under FBI investigation, which Comey did in congressional testimony after Trump tweeted, suggesting he may have recorded their conversations.

In his testimony, Comey said he had a friend leak memos detailing his private encounters with the President after Trump threatened to release tapes.

“It didn’t dawn on me, originally, that there might be corroboration for our conversation [there] might be a tape, my judgment was I needed [to] get that out into the public square,” Comey said. “And so I asked a friend of mine to share the content of the memo with a reporter.” 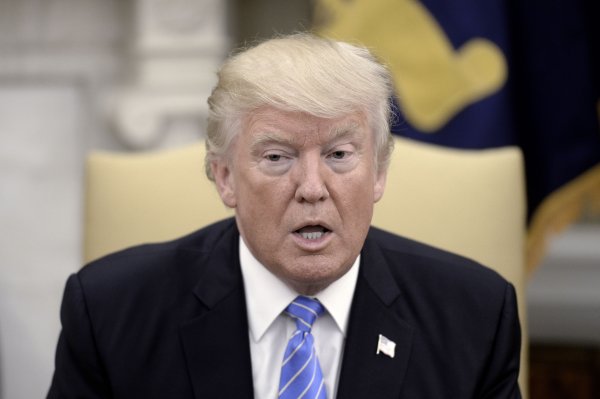 Trump Says He'd Love to Work with Democrats on the 'Perfect' Health Care Plan
Next Up: Editor's Pick