The Daily Beast reports that the suit filed on June 21 pertains to an episode aired just days earlier on June 18, in which Oliver referred to allegations against Murray and his company, the Murray Energy Corporation, including a claim that Murray was inspired to found the company after a chat with a talking squirrel.

According to the Daily Beast, which published the text of the complaint, Murray alleges that the defendants “executed a meticulously planned attempt to assassinate the character of and reputation of Mr. Robert E. Murray and his companies.” The complaint by Murray, a Republican and a supporter of President Donald Trump, further alleged that Oliver and co-defendants “have vigorously supported and advanced” the agenda of Trump’s campaign rival Hillary Clinton.

Oliver said during the episode in question that the show had contacted Murray before it aired, and received a letter threatening litigation if the show did not immediately “cease and desist.” This, unsurprisingly, did not wholly deter the satirist. “I have to proceed with caution,” Oliver said. “I’m not going to say he looks like a geriatric Dr. Evil, even though he clearly does.”

Read More: John Oliver and a Giant Squirrel Picked a Fight with the Coal Industry on Last Week Tonight

Part of the case focused on Oliver’s discussion of a Murray-owned mine’s collapse in Utah that killed nine people. Oliver said during the segment that Murray publicly claims an earthquake was to blame, though a government investigation concluded that the collapse was caused by unauthorized mining practices and there was no evidence of a natural seismic event.

“Because Defendant Oliver omitted any mention of the other reports he was aware of that evidenced that an earthquake caused the collapse, as Mr. Murray correctly stated following the collapse, Defendant Oliver’s presentation intentionally and falsely implied that there is no such evidence,” the lawsuit says.

Update: In a statement provided to TIME via email, HBO says that “we have confidence in the staff of Last Week Tonight and do not believe anything in the show this week violated Mr. Murray’s or Murray Energy’s rights.” 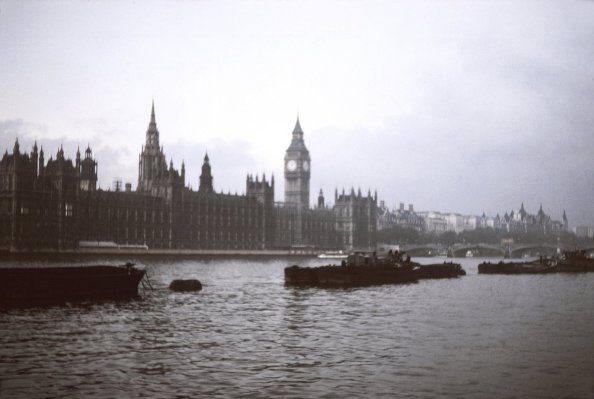 What to Know About the 1967 Law Seen as a Milestone for Gay Rights in Britain
Next Up: Editor's Pick