The Republican Health Care Bill Faces Trouble in the Senate

As legislative rollouts go, the health care bill drafted by Senate Republicans left much to be desired.

The Thursday unveiling—to the public and to most lawmakers at the same time—ended weeks of speculation about what Senate Majority Leader Mitch McConnell had been up to behind closed doors.

The 142-page draft scraps the requirement for everyone to have health insurance, drops subsidies for poor Americans to buy coverage and phases out funding for states that opted to expand Medicaid. The bill would allow insurers to charge older customers up to five times the rates for younger individuals, which still could be higher because fewer people would by shopping for policies because they would no longer be required. And the tax cut in it would benefit high-income Americans.

The measure was shaping up to be a tough pill to swallow for many lawmakers, including a handful of Republicans who might doom the attempt. Assuming Democrats remain unified in their opposition, McConnell can spare just two Republican defections—and there were already four who publicly said they were no votes at this time with more than a dozen as maybes.

Part of the reluctance is so that each lawmaker can have leverage over McConnell as he considers amendments. McConnell’s team expects to entertain tweaks here and there, but because lawmakers are using a special process that requires just 50 ayes and the support of Vice President Mike Pence, there are real limits to what they can do under the law. The backroom dealings are a headache if everyone wants a trophy.

The other part is that of practical politics; many of that noncommittal lawmakers represent states with high number of voters who have benefited from the existing Affordable Care Act, also called Obamacare, or worry that the bill, as written, would allow states to offer policies that don’t cover maternity care, mental health services or emergency room visits.

Consider Sen. John McCain, a usually reliable vote. His Republican-led state of Arizona opted to expand Medicaid programs, adding almost 2 million Arizonans to the health care roles. “My focus is on protecting the people of Arizona, and I am consulting with Governor Doug Ducey and seeking input from Arizonans before making a final decision,” McCain said. At the same time, Medicaid covers roughly two-thirds of older Americans who live in nursing homes, and 13% his state is age 65 or older.

Lawmakers up for re-election in 2018 were equally as leery about ditching the Medicaid for the 31 states that chose to participate. By 2024, those plans would be cut to zero. The attack ads write themselves against the likes of Sens. Dean Heller of Nevada, Jeff Flake of Arizona and Bob Corker of Tennessee. Since Obamacare passed in 2010, more than 20 million people have joined the ranks of those insured, and voting to take that away comes at a cost.

Finally, the foursome that has announced their opposition thinks the Senate version of the bill doesn’t go far enough. These Senate troublemakers have strong credibility among the right flank of the GOP but have proved tiresome to McConnell. Sen. Ted Cruz of Texas, who was among the 14 lawmakers who drafted the proposal, says it needs to become more conservative. Sen. Rand Paul of Kentucky called it “Obamacare Lite.” (Both harbor ambitions to run for President again.) Sens. Mike Lee of Utah and Ron Johnson of Wisconsin similarly want to make the proposals more conservative.

At the White House, President Trump called the bill a starting point for negotiations. At the other end of Pennsylvania Avenue, Republicans shook their head in frustration. They had walked a plank to help the President deliver a campaign promise, and yet again, the President undercut them.

Then again, the bill could be pulled out from under Trump’s nose still. McConnell set a goal to pass this next week, before lawmakers go home for the July 4 holiday. But the nonpartisan Congressional Budget Office hasn’t announced a price tag for the measure, and that poses two serious challenges. The political one is whether lawmakers want to pass a law that could cost tens of millions Americans their health coverage without addressing other crises, such as the opioid epidemic that is of great concern for Sen. Rob Portman of Ohio. The practical challenge is that under arcane Senate rules, there are limits to what legislation passed with 51 votes can and cannot do in terms of policy and spending. There were a handful of questions outstanding in the legislation about its compliance, especially as it relates to abortion coverage that could be deemed extraneous.

McConnell wants to dispatch with the legislation sooner rather than later so that he can turn to other priorities, such as tax reform and infrastructure funding, and must-pass pieces of legislation to fund the government and to boost its borrowing limit. Advisers to the GOP leader say he won’t call for a vote until he is certain it will pass. And, as the bill’s first day of public consideration ended, it appeared unlikely to win passage any time soon. 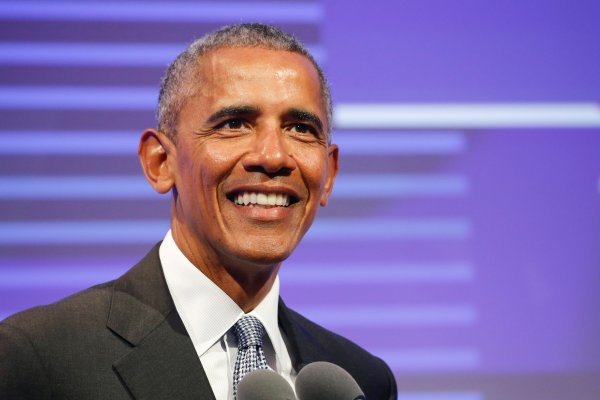 'This Bill Will Do You Harm.’ Read Barack Obama’s Statement on GOP Health Plan
Next Up: Editor's Pick