Health Care Bill Could Boot People With Addiction Out of Treatment

The health care bill released by Senate Republicans on Thursday is stoking outrage among mental health and addiction groups for its proposed steep cuts to Medicaid, the government’s largest health insurance program. Medicaid is the single largest payer for mental health services in the United States and provides coverage for millions of Americans with mental health or substance abuse disorders.

The proposed change is especially painful for these organizations because they saw an expansion of mental health coverage under the Affordable Care Act. After it was enacted, an estimated 2.8 million Americans with substance use disorders and 1.3 million with serious mental illness gained health insurance coverage for the first time under Medicaid expansion. In some states, Medicaid programs cover more than 40% of prescriptions of buprenorphine, a drug that treats opioid addiction.

The new bill would cut billions from the Medicaid budget and phase out Medicaid expansion. It also could allow states to apply for waivers to remove the requirement that health plans cover some essential health benefits, like mental health and addiction services. These services can include counseling, detox, in-patient treatments and medications for opioid addiction.

Insurers may not continue to cover these health services if they are no longer required by states to do so, suggests a June report from the Kaiser Family Foundation. The report, which looked at over 8,000 non-group plans, showed that before the Affordable Care Act, 45% of plans did not cover out or inpatient substance use disorder services and 38% did not cover out of inpatient mental health and behavioral health services, likely due to the expense.

“When a family is desperate to get a loved one into treatment and they don’t get coverage, they will go to great lengths,” says Marcia Lee Taylor, the president and CEO of the Partnership for Drug-Free Kids. “We have so many parents who have taken out multiple mortgages on their homes to help their family members. Treatment is extremely expensive.”

“It’s so frustrating to see the Senate bill proposed as is,” says Dr. Leana Wen, commissioner of health for the city of Baltimore; she adds that one out of three people in Maryland receiving treatment for substance use disorder are on Medicaid. “There is no margin of error for people getting addiction treatment,” she says. “If people getting treatment were to stop, their alternative could be to overdose and die.”

The American Psychiatric Association (APA), which includes more than 37,000 physician members, also called the bill “deeply flawed” on Thursday. The organization, among several other prominent health groups, says it was not consulted during the formation of the new bill. “The Senate proposal represents a significant move in the wrong direction, resulting in fewer people having access to insurance, fewer patient protections and less coverage for essential behavioral health care,” said Dr. Saul Levin, CEO and medical director of the APA, in a statement. “We urge the Senate to reject this harmful legislation and start again on a health care bill that puts patients first.”

The proposed bill does offer $2 billion in funding to help combat the ongoing opioid epidemic, and not everyone is opposed to the idea of this separate fund. “I think that’s a good thing,” says Tom Synan, the police chief of Newtown, Ohio, whose community averages 50 to 70 opioid overdoses a week. “I think it’s nice to have it set aside it specifically for that, and that they took the time to highlight the issue, which is completely bipartisan.”

But the amount in the fund is substantially lower than some GOP lawmakers were calling for, STAT reports. Senator Rob Portman of Ohio and Senator Shelley Moore Capito of West Virgina, representing two states at the center of the ongoing opioid crisis, had previously called for $45 billion over the course of a decade for fighting the opioid crisis.

“I object to the concept of a separate opioid fund,” says Taylor of the Partnership for Drug-Free Kids. “We’ve been trying to get addiction treatment into the medical mainstream, and the idea that we would just have this separate fund is turning back the clock.” Either way, Taylor believes that much more money is needed; Ohio alone spent an estimated $1 billion a year on the opioid crisis, she says. “Even if you agree to the concept of an add-on package, it’s not enough.” 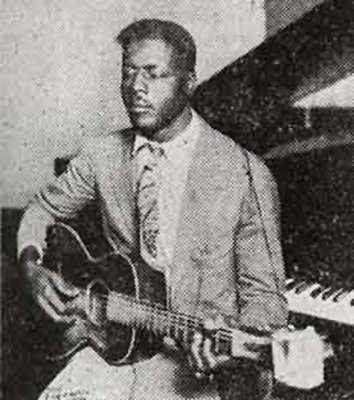 Racism Is Part of the Health Care Debate
Next Up: Editor's Pick