U.S. Capitol Police forcibly removed demonstrators and disability advocates — some of whom were in wheelchairs — protesting the Senate’s proposed health care bill outside of Majority Leader Mitch McConnell’s office Thursday.

Capitol Police said they arrested 43 protesters for refusing to end the demonstration.

Organized by ADAPT, a disability rights organization, the protest targeted the bill’s significant cuts to Medicaid for low-income Americans.

“No cuts to Medicaid, save our liberties,” the protesters chanted. One protester who was in a wheelchair held a sign reading “life and liberty 4 disabled Americans.”

“Our lives and liberty shouldn’t be stolen to give a tax break to the wealthy,” Bruce Darling, an ADAPT organizer at the protest, said in a statement. “That’s truly un-American.”

Democrats have fought back against the bill, and four Republican senators said Thursday that they are not ready to vote on the bill yet. Republicans would likely need 50 of their 52 senators to vote in support of the bill for it to pass.

The version of the bill passed by the House last month would cause 23 million Americans to lose coverage by 2026, according to the Congressional Budget Office. The CBO is expected to score the Senate bill by next week. 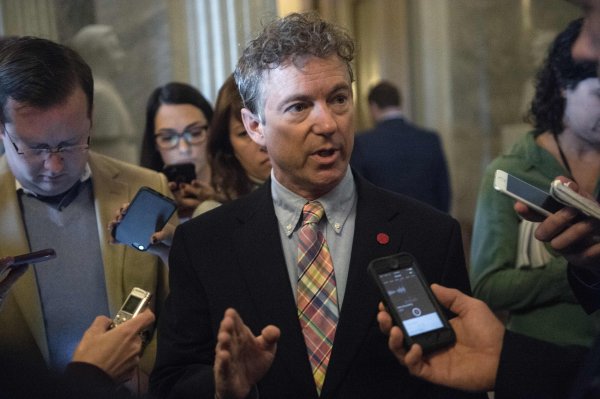 4 Republican Senators Say They're Opposed to the GOP Health Care Bill
Next Up: Editor's Pick