As Senate Republicans huddled in the Capitol before the release of the much anticipated Senate healthcare bill, President Trump, fresh off a rally in Iowa, was unleashing yet another Twitter storm. This time, it was about his predecessor’s knowledge of Russian hacking and the current state of the Democratic Party.

The President claimed he was vindicated by the testimony of President Obama’s Homeland Security Security, Jeh Johnson, who testified before the House Intelligence Committee about Russian interference in the election, and told Rep. Trey Gowdy he didn’t have any evidence “beyond what has been out there” that Donald Trump or his associates colluded with Russia during the 2016 election.

But Trump also tweeted about his predecessor Barack Obama, questioning why he didn’t stop the Russians if he knew what was happening.

President Obama’s spokesman did not respond to request for comment.

During his testimony, Johnson said election systems in as many as 21 states were targeted by hackers. He and the Administration were concerned about the possibility of hacking, he said, but ultimately decided not to implement a measure to increase cybersecurity for election infrastructure, deciding it would”counterproductive” during the election.

Homeland Security released a statement on October 7 claiming the intelligence community’s confidence that “the Russian Government directed the recent compromises of e-mails from US persons and institutions, including from US political organizations.”

When asked during his testimony why the Administration didn’t release a statement until October, even though they were confident of Russian hacking attempts as early as August, Johnson responded that they were being cautious because it was an election season.

“Many would criticize us for perhaps taking sides in the election, so that had to be carefully considered,” said Johnson, noting that Trump repeatedly kept making claims about a “rigged” election.

Although Johnson said he repeatedly encouraged state and local officials to seek help from DHS, he also said that the Democratic National Committee did not want the Homeland Security Department’s help after their database was hacked last summer, telling the department they had been in touch with the FBI. Trump quickly seized this point for his tweets, calling it a “big Dem HOAX!”

Although Rep. Jackie Speier, a member of the House Intelligence Committee, pushed back against Johnson’s claims about the DNC during his testimony, she did conclude the Obama Administration may have acted too slowly on the matter of hacking.

“I think what we learned from the testimony today was that we acted very late in the game,” Speier said on CNN Wednesday. 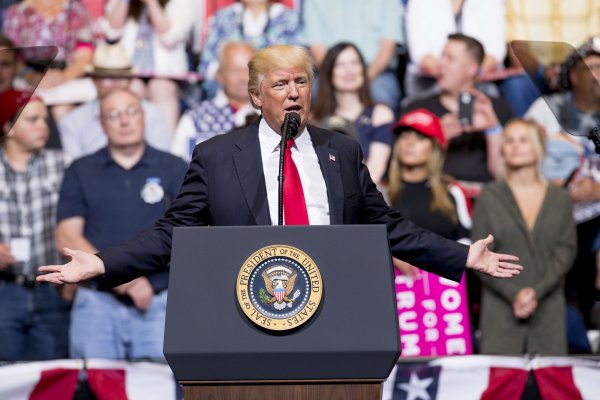 Trump Says He Doesn't Want 'Poor Person' in Cabinet
Next Up: Editor's Pick