Uber's Next CEO Has to Face This Huge Challenge

Bradley Tusk, founder of Tusk Ventures who was an advisor to Uber, remembers the first time he met Travis Kalanick more than six years ago. “I’ll never forget this, because it was so crazy it turned out to be true,” he says. Kalanick told him that he envisioned a future in which no one would own cars — vehicles would drive themselves and passengers would summon them by pushing a button. “There’s no one in the world who’s done more to make that a reality than him,” says Tusk.

News broke on Tuesday that Kalanick would step down as CEO of the company he founded roughly eight years ago. Since Uber’s inception in 2009, venture capitalists have poured money to stake a claim in Kalanick’s vision of the future, making it the most valuable startup in the world worth nearly $70 billion.

But after a tumultuous start to 2017, Uber’s fate only worsened. It’s entered into a rocky lawsuit with Google, endured the ramifications of a scathing exposé and internal investigation that revealed a culture plagued by sexism, and saw the departure of key executives like president Jeff Jones, vice president of engineering Amit Singhal, and now Kalanick, its chief executive and founder.

Uber’s next CEO must be equal parts innovator and mediator, a leader that can address the company’s cultural troubles while also maintaining the focus and vision that lead Kalanick’s company to upend the taxi industry. Walking that line will undoubtedly be the largest challenge facing Kalanick’s successor. “There are tens of thousands of people that can [fix Uber’s day-to-day problems],” says Tusk. “[But] the person who can actually think about how to make flying cars happen, there aren’t a lot of those.”

Uber’s new CEO will surely address the immediately pressing issues of filling out the company’s dwindling leadership team and revamping its toxic culture. But it’s the long-term solutions that could shape how Uber continues to scale its business, such as deciding which technologies the company should invest its resources in and how to bring them to market in a competitive way.

Read more: Uber Fail: Upheaval at the World’s Most Valuable Startup is a Wake-Up Call for Silicon Valley

Kalanick’s company is dipping its toes in ambitious projects ranging from self-driving taxis to flying cars and initiatives aimed at fixing urban infrastructure. The new CEO will have to maintain a clear focus when deciding how to execute on those endeavors. “Uber has a decision to make,” says Michael Ramsey, a research director at Gartner covering the automotive industry. “Is it worth it to continue pursuing that? When you’re a company that eventually would like to IPO, you have to decide if this is core to your business.”

This especially holds true when it comes to Uber’s self-driving car efforts, which landed the company in a brutal lawsuit with Google. The search giant alleged that Anthony Levandowski, Uber’s former vice president of engineering who previously led Google’s autonomous vehicle division, had stolen intellectual property from the company. The self-driving car industry is expected to be worth $42 billion by 2025, according to research from The Boston Consulting Group. If Uber wants to establish its dominance in that field, it will have to hold a competitive edge over firms like Google and Lyft. “You only win the war by having someone in charge that’s capable of competing with everyone else,” says Tusk.

Kalanick is far from being the first or even most high-profile CEO to be ousted from his own company. Steve Jobs left Apple in 1985 after a power struggle ensued between Jobs and then-Apple CEO John Sculley, but Jobs returned after the iconic computer maker acquired his new company, NeXT, in 1996. But there are important differences in Uber’s circumstance that could make a comeback for Kalanick unlikely, says Robert E. Siegel of Stanford University’s Graduate School of Business. “This is more than just a conflict on product direction,” he says. “This is more fundamental.”

Uber has not yet spoken about its plans to fill Kalanick’s role. But industry observers have speculated that YouTube CEO Susan Wojcicki, former Disney chief operating officer Thomas Staggs, and Facebook COO Sheryl Sandberg are among the candidates being considered. Bradley suspects the board will choose a seasoned, highly-respected industry veteran that can keep Uber running smoothly over the next few years. “It’s a lot easier to go along to get along,” he says, “than it is to upend the status quo.” 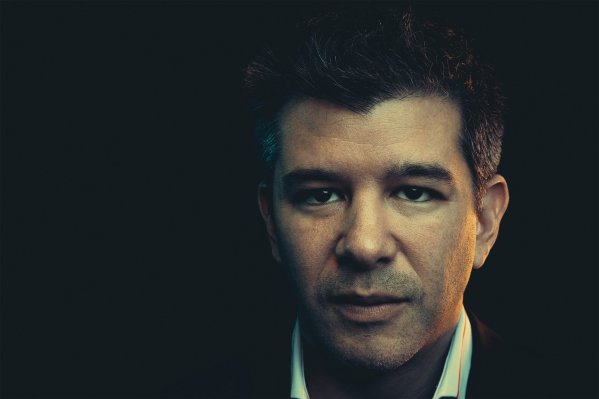 Uber Fail: Upheaval at the World’s Most Valuable Startup
Next Up: Editor's Pick