Following the recent resignation of six members of the Presidential Advisory Council on HIV/AIDS in protest of the Trump administration’s health policies, James Corden sought to bring attention to the situation by sending the President a message about HIV/AIDS awareness.

During Tuesday night’s episode of The Late Late Show, the host revealed that upon hearing this news, he and his team sent 297 copies of the movie Philadelphia — the 1993 drama that earned Tom Hanks an Oscar for his role as Andrew Beckett, an attorney who is an AIDS patient — to Trump’s Florida hotel Mar-a-Lago.

“We hope that if Trump watches Philadelphia, he’ll understand two things,” he explained. “One, Tom Hanks definitely deserved that Oscar. And number two, we hope that he’ll realize that HIV and AIDS is something that you or any president of the United States ― or any world leader for that matter ― can never afford to ignore.” 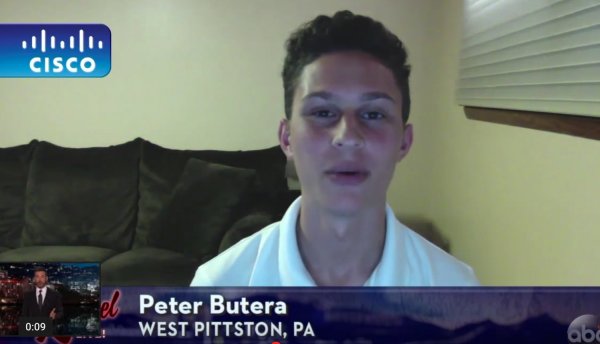 Jimmy Kimmel Let the Silenced Valedictorian Finish His Speech
Next Up: Editor's Pick