Philippine soldiers arrive at a military camp in Marawi on May 25, 2017.
Ted Aljibe—AFP/Getty Images
By Joseph Hincks

Militants reportedly raided a village and occupied an elementary school in the southern Philippines Wednesday, in what army officials say may be an attempt to divert resources away from efforts to clear Islamic State-linked insurgents from nearby Marawi City.

The Associated Press reports that the militants, members of the Bangsamoro Islamic Freedom Fighters (BIFF) insurgent group, stormed the village in Mindanao’s Cotabato province at dawn and used five civilians as human shields as they engaged in gun battle with government troops.

Citing military spokesperson Brig.-Gen. Restituto Padilla, AP reports that no one was hurt in the exchange and the rebels were retreating, though authorities “are still verifying” whether the civilians had been freed. A police official told the AP that the school was closed when the attack occurred.

Read more: ISIS in the Philippines: The Battle for Marawi City

The Cotabato village raided by the rebels is about 93 miles south of Marawi City in Lanao del Sur province, where the Philippine military has been engaged in a month-long battle with insurgents who have pledged allegiance to IS. Fighters from an ad-hoc coalition of militant groups — including BIFF members — overran Marawi on May 23 and continue to hold out against a sustained air and ground offensive.

“If this is a diversionary move, it’s not the first by these BIFF gunmen,” Padilla said. “They have tried to attack more than once and all have been thwarted.”

The entirety of Mindanao, which constitutes the southern third of the Philippines, has been placed under martial law by President Rodrigo Duterte. 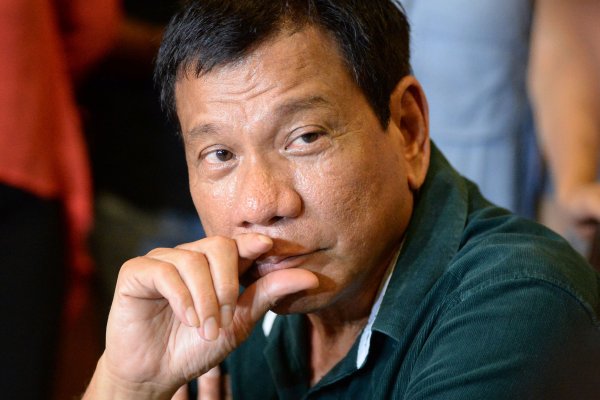