Otto Frederick Warmbier, a 21-year-old undergraduate student of commerce from Virginia University of the U.S., speaks during a news conference in Pyongyang, capital of the Democratic People's Republic of Korea, Feb. 29, 2016.
Photograph by Xinhua News Agency—Xinhua News Agency/Getty
By Lisa Marie Segarra

Otto Warmbier, the student who was released from North Korea in a coma and died Monday, is being remembered by friends and family at his alma mater, Wyoming High School.

He graduated as the salutatorian at the Ohio school, where he gave a speech about his class’s accomplishments and growing up in town.

“Looking around, we know the names pretty much everyone sitting up here, that’s the product of going to a small school,” Warmbier says.

Warmbier’s funeral will be held at Wyoming High School, according to the Cincinnati Enquirer. The student was sentenced to 15 years of hard labor in 2016 after trying to steal a propaganda poster.

In his speech, Warmbier talks of leaving a small, but close-knit community while throwing in jokes and getting laughs from the crowd. He also spoke about the community coming together when one member is in need.

“Even when Wyoming’s class of 2013 is a thing of the past,” Warmbier says in his speech, “we’ll have the support of all these people around us.” 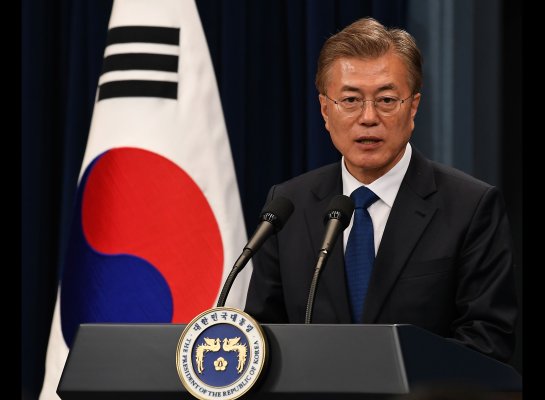