‘I Started at Zero’: How a Syrian Refugee Is Rebuilding His Life Through Education

When Hadi Althib fled Syria to escape military service in 2016, his education was not the first thing on his mind.

Althib, 23, was most concerned about settling into his new life in Turkey. Once he arrived in Gaziantep, a city not far from the Syrian border, he focused on finding a job and a place to live. But as he settled into his new role managing youth development programs remotely for refugee camps and shelters in Syria, Lebanon and Jordan, he knew he wanted to go back to school.

“I was struggling to have education. It was very hard because when I arrived to Turkey, I have nothing, nothing, nothing at all. I started at zero, maybe before zero,” he told TIME. “I had no place to stay, I had nothing to do, but I had a plan that I should study.”

Nearly 18 months after his arrival in Turkey, Althib has found a way to continue his education. Like thousands of other refugees across the world, he has been taking online courses offered by universities as far-flung as Amsterdam and Baltimore, through programs that offer free classes to those who are displaced from their homes.

As the global refugee crisis deepens — Althib is one of more than 65.6 million people forcibly displaced worldwide, according to the UN Refugee Agency — many experts have called for a long-term approach to providing refugees with an education. That’s especially important for refugees from countries like Syria, who may not be able to return home and resume their studies anytime soon.

MORE: Finding Home: Their Families Fled Syria. They Were Born Refugees. What Will Happen Next?

“The idea of education has had to shift from kind of filling a gap for a few years until someone might return home to really providing a whole course of education,” said Sarah Dryden-Peterson, an associate professor at the Harvard Graduate School of Education who studies refugee education.

“Because refugee young people have this very deep uncertainty about where their future will be, they need credentials that will allow them to bring their skills and create their livelihoods in multiple places,” Dryden-Peterson said.

In Syria, Althib had studied dentistry and graduated from Damascus University in 2015, before deciding that he was more interested in social work. “I discovered that I want to do something with people, not with teeth,” he said.

In the past year, he has completed courses in budgeting, basic statistics and psychological first aid through Coursera for Refugees, earning a set of skills that he said gave him more credibility in his job. He is also working toward a bachelor’s degree, accessing university courses through Kiron Open Higher Education. His long-term goal is to return to Syria.

“My vision is to link and to help Syrian youth to lead the process of peace-building after the war,” he said. “I want to continue working in Syria and rebuilding what is broken in Syria. I don’t want to be out of Syria.”

World Refugee Day on Tuesday marks one year since the launch of Coursera for Refugees, an extension of Coursera’s online college class portal that’s aimed at helping refugees acquire career-oriented skills. More than 5,000 refugees have used the program, whose most popular courses include computer programming offered by Duke and the University of Michigan, an advanced writing at the University of California, Irvine, and Wesleyan’s “How to Change the World.”

Dryden-Peterson said more and more companies, start-ups and NGOs are starting to look at what they can bring to the table when it comes to addressing the refugee crisis. But she said there are few programs and institutions that offer refugees the opportunity to earn a full academic degree. Most, like Coursera, simply allow refugees to complete individual classes.

“These piecemeal credits are incredibly valuable in providing a refugee with the opportunity to engage in the kind of learning they’re seeking,” Dryden-Peterson, “but equally important is the full degree that can signify they’ve reached that benchmark.” 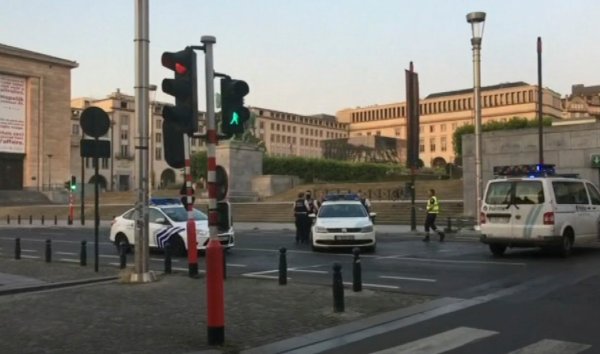 Suspect Shot After Explosion at Brussels Train Station
Next Up: Editor's Pick