Why Ken’s Got a New Body, Too

Last year, Barbie landed on the cover of TIME with the news of her new sizes and shapes. Now her longtime beau Ken is following in her improbably tiny footsteps and getting a new body of his own, as well as skin color and hairstyles.

It’s a natural evolution for Mattel. The first major change to Barbie’s body in Mattel history came after slumping sales proved millennial parents believed the doll — and her impossibly thin waist — set unrealistic expectations for their daughters. In 2015, Mattel began to revamp its product. They introduced new skin tones, hair textures and colors to make Barbie look more like the array of girls who played with her across the world. But it wasn’t quite enough.

As American (and international) beauty standards evolved, and curvier women like Beyoncé and Nicki Minaj took center stage, Barbie looked increasingly old-fashioned. But Barbie is up there with Mickey Mouse and Ronald McDonald in terms of icon status. Changing her body — and potentially not getting it right — would dramatically change the brand’s image.

So Mattel spent years on a top-secret redesign called Project Dawn. The company spent months debating what to label the new body types — “curvy” rather than “plus-sized,” for instance. (Ken’s “broad” label underwent the same painstaking process, winning out over “husky.”) The company haggled with retailers when it came to how to sell the dolls, which now come in dozens of combinations of hair, body and skin tone. The final product: A curvier Barbie with a larger tummy, bottom and thighs who made her debut on the cover of TIME in 2016. Sales of the new dolls continue to see double-digit growth a year after their introduction.

But in some ways, Ken’s makeover is more extreme than that of Barbie. Both dolls have always been a blank slate upon which children can project their desires, hopes and dreams. Unlike Elsa from Frozen or Doc McStuffins, they don’t have personalities. They just have bodies. But Ken has long played arm candy to his “girlfriend”: Mattel sells about one Ken for every Barbie. Part of changing Ken’s appearance is an attempt by Mattel to make him almost as interesting as Barbie — and sell more Kens in the process. 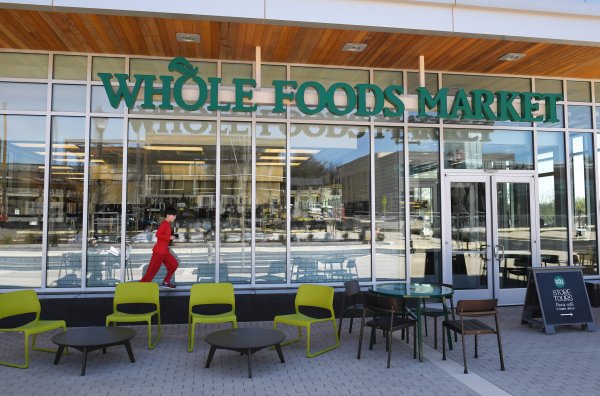 How Whole Foods Got So Big
Next Up: Editor's Pick