Every night after my husband, Mark, and I put our three tsunamis to bed (at 2, 4, and 6, you bet they’re tsunamis), we lay down in bed for the usual adult alone time. We talk about our day, work, kids, and money. We even make out. And then I kiss him and say, “See you in the morning,” and trot down the hall to the guest bed.

You got it—after almost 11 years of marriage, we sleep in separate beds.

Happily married? Yep. Active sex life? Absolutely. But after years of waking up every time he rolled over, or, god forbid, got up to pee, I finally accepted that where we sleep does not mean our marriage is failing. That in fact, I’m a much easier person to be with after a decent night’s rest.

It didn’t start this way. Eleven years ago, we were in bed together every night. When one of us woke at 3 a.m., we wanted the other within arm’s reach. This went on for three blissful years.

Then I got pregnant, and the bed-hopping began.

Every night you could find me wandering with my pillow to the living room couch, the guest bedroom, and even the floor beside our bed. Mark would sometimes wake to find my feet on the pillow beside him. Whatever it took to get comfortable and sleep. Then the baby came, and the next, and the next. For five years I was either pregnant or nursing, which wreaked havoc on my sleep. When our youngest stopped nursing, everybody slept through the night. Except me.

At the slightest noise or movement I would be wide-awake, alert, unable to get back to sleep for hours. I’ve heard women with young kids talk about this phenomenon. But the truth is, I’ve always been a hypersensitive sleeper. My first year college roommate presented me with a pair of earplugs.

Mark snored; I wore earplugs. He snored louder; I complained. He went to his doctor and was diagnosed with sleep apnea; now he has a CPAP machine.

Our mattress bothered him; he started tossing and turning at night. We considered buying a king-sized bed, but didn’t have the money for something that wouldn’t fit our bedroom, anyway. So we bought a queen-sized mattress, thinking it would minimize ripples. Though comfortable, it didn’t do a thing to help the fact that I felt every single movement on it.

And so, a pattern developed. I would start the night in our bed, and, a half hour later, I would disappear to the living room couch for the night. When my workload picked up and I started teaching a night class, I eventually gave in and started every night on the couch.

It stressed our relationship. We both wondered what was secretly wrong with us if we couldn’t sleep in the same bed. Were there underlying issues we weren’t addressing? Was this a sign that we were growing apart? I was mad at him for sounding like a bull in a china shop in bed and mad at myself for being so damn sensitive to everything.

It turned out though, that I wasn’t the only one bed-hopping. We had given our 4-year-old daughter the queen-sized guest bed for her room, but she felt it was too big and settled into a little nest of blankets on the floor. So one night, when the lumpy couch was more than I could handle, I went up to the guest bed, where I’ve slept ever since.

Now, I no longer leave Mark in a huff. I go in after our daughter falls asleep, and I’m gone in the morning before she wakes.

“I just sleep better alone,” I soon confessed to Mark. “It really has nothing to do with you.”

This was the hardest realization for me. There was nothing left to try, no problem to be solved. I had to accept that our marriage does not fit the cultural standard (whose does?), even after we had both tried so hard to make it work. Sleeping apart may not fit the romantic ideal of two lovers wrapped around each other all night, but weren’t our limited conscious hours together more important? For me, those hours are much more pleasant if I’m well-rested—not seething with resentment, because he did something as appalling as rolling over.

I later confessed our sleeping arrangement to one of my best friends while we sat on a park bench, watching our kids whirl themselves on a 1970s merry-go-round. “Oh,” she said, bouncing her four-month-old on her lap. “We haven’t slept together in years.”

Another friend told me that at least once a week, if either she or her husband is restless or unwell, one of them goes out to the couch. “It’s a kindness thing—not a sign that our marriage is falling apart,” she said.

Mark accepts this current arrangement, though it’s not what he wants. He was a bachelor until 43, and never thought he’d marry. Now he is married and still sleeps alone. But he says our arrangement takes the pressure off at night. He doesn’t worry about waking me up every time he moves an arm.

He’s even suggested we move two kids into one room so I can have a bedroom all to myself. But I don’t want to go that far. I like that we share a bedroom. Our clothes mingle in the closet and our receipts and pocket change pile together on the dresser. I like that we start the night together in our bed, even if we don’t end the night that way.

And who’s to say we won’t someday go back to sharing a bed? Sleeping apart works for now, but things change in a marriage. We’ll change, for sure.

But one thing that hasn’t changed is how every morning Mark brings me a deliciously strong cup of fresh-brewed coffee. “Good morning,” he says with a kiss. “How’d you sleep?” 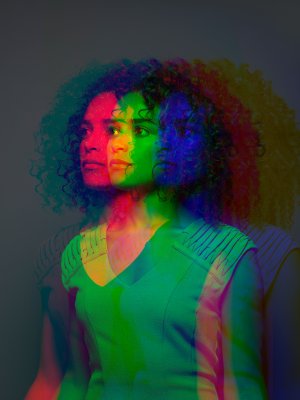 How Gaslighting Affects Your Mental Health
Next Up: Editor's Pick