Rogen, who stopped by to talk about season 2 of his show Preacher, instead answered Colbert’s questions about his social media activity, particularly concerning Donald Trump Jr. Rogen explained that he discovered Trump Jr. follows him on Twitter, and decided to follow him back to “open up a line of communication” with the president’s son.

Then, realizing he could slide into Trump Jr.’s direct messages, Rogen wrote directly to him, saying: “Hey man! It’s Seth. Your father is trying to discredit our media, collude with Russia and destroy the environment. It would be super cool of you to be like ‘yo, dad, why don’t you stop all this and go back to being just a guy on TV.’ The majority of the world would be pretty psyched. Thanks!!!”

Rogen said he received “no response whatsoever.” Colbert, who discovered Trump Jr. also follows him, decided to “just, you know, reach out” on Rogen’s behalf.

Rogen also sent a followup message, although as of Tuesday morning, he still hadn’t heard back.

Watch them message Trump Jr. below. 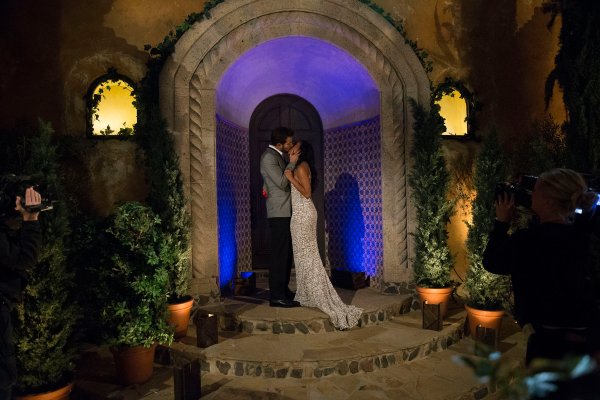 The Bachelorette Recap: Rachel Looks For a Man Who Can Spell 'True Love'
Next Up: Editor's Pick