“If we’re going to be able to create magical experiences with software, then the hardware will be the thing that people buy to go experience that,” Microsoft corporate VP of devices Panos Panay told TIME during a recent interview. We were discussing his company’s decision to release its first true laptop after years of selling hybrid computers, namely the Surface Laptop, which began shipping on June 15. “And [when] those two things work perfectly together in a seamless way, that brings elegance out,” he added.

If that approach sounds familiar — using the sleek, shiny allure of new gadgetry as enticement to deeper software experiences — it should. Apple has long prided itself on the way its hardware and software work together. “People who are really serious about software should make their own hardware,” Apple cofounder and former CEO Steve Jobs said as he unveiled the first iPhone in 2007, quoting renowned computer scientist Alan Kay. It was both manifesto and goad, a philosophical mic drop preaching the inseparability of form and function.

Ergo the notion, evidenced by Microsoft’s shift to fully authored devices like the Surface line, that the company is finally heeding that Jobs-ian fiat. Observers have been saying so for months and in some cases years. Look a bit further and you’ll notice that former Microsoft CEO Steve Ballmer began sending up Apple-ish smoke signals as far back as 2012.

But the idea is reaching an inflection point with the emergence of Microsoft’s latest computers, the Surface Laptop and Surface Studio. The Surface Laptop oozes design characteristics redolent of Apple’s, from the way the notebook’s lid is crafted to be easily lifted with one finger, to the aluminum finish and glossy Windows logo etched into the back. Microsoft made sure to stress these fine points when it unveiled the laptop in May: “They put their heart and soul into every little detail,” Panay said, doting on the Surface Laptop’s production team. “It doesn’t matter if it’s the hinge or the creation of an entire category.”

Fastidious attention to trivial-seeming geometry is a tenet of Apple’s design credo. Jobs was famously fixated on the intricacies of his company’s products, so much so that he created his own shade of beige for the Apple II computer because he wanted it to be just right.

And like Apple, Microsoft has aimed its Surface lineup at premium shoppers. Even the Surface Laptop, which the company has been marketing to students, starts at $999. And cheaper models are unlikely. “When we think about the lower price points, that’s kind of where we stop,” said Panay. “We have lots of partners, great ones. We’re not trying to recreate a $400 laptop, just to make a laptop.”

But these ostensible Cupertino-Redmond parallels run deeper than build quality or pricing. By assuming control of the ergonomics of devices that run Windows, Microsoft can more freely experiment with new input mechanisms. The strongest evidence for this arrived as Microsoft debuted its 28-inch, all-in-one Surface Studio late last year. The company also unveiled a novel new accessory to go with it: the Surface Dial, a high-tech knob that can be used on the computer’s screen or alongside it like a mouse. It allows for unusual but intuitive interactions, say the option to zoom or rotate map, or change the color of a paint brush with a subtle twist.

The Surface Dial still has to win over consumers, but it spotlights a tradition-bound tech giant’s willingness to experiment with different methods of interaction as it sculpts new computing forms. Apple originally rose to fame, then rebounded from a long creative slump, for exemplifying precisely that: the original Macintosh and first iPhone were esteemed in part because their interfaces worked so fluidly with control points like mouse input and multitouch. Apple didn’t invent the touchscreen or computer mouse, but because it was designing both the software and hardware for the iPhone and Macintosh, it was better-equipped to create intuitive experiences for them. Microsoft is plying the same terrain when it incorporates ideas like the Dial and stylus into its Surface lineup.

Profound differences between these tech companies remain. For one, Apple maintains complete control over its hardware and software, while Microsoft’s ecosystem of partners will always be an important part of how Windows computers are developed and sold. But J.P. Gownder, a vice president and principal analyst at Forrester, argues that Microsoft may have the leading edge over Apple in terms of hardware: “There’s just a general sense that if you’re looking for who’s the leader right now, who is going to wow you with something new and interesting, it’s going to be the Surface group.”

Indeed, between its new Surface computers and HoloLens headset, Microsoft may be emerging as the dominant innovator. Save for its dalliance with a touchable OLED strip, Apple hasn’t significantly altered its MacBook laptop family since the 12-inch model debuted in 2015. Nor has it offered new hardware products focusing on emerging technologies like augmented and virtual reality, although it did debut new tools for developers to create AR apps. Apple CEO Tim Cook may quibble over the distinction between innovation as change and innovation as “making things better.” But there’s another kind of distinction that matters at last as much — between enthusing your base and growing it — that makes Redmond’s latest maneuvers feel more aspirational and intrepid. 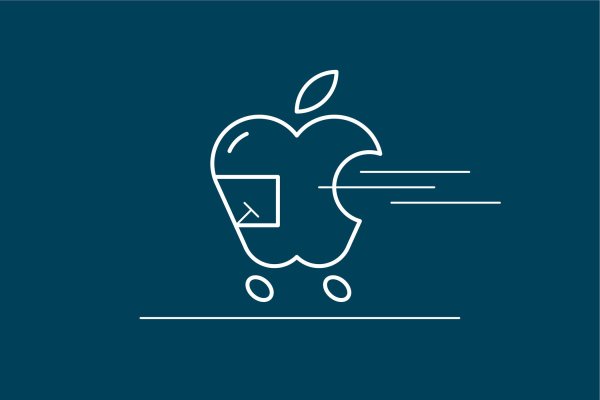 Apple Has Confirmed It's Working on Autonomous Car Technology
Next Up: Editor's Pick