Some good news this summer: bald eagle populations have restored themselves in central California and are officially no longer classified as “threatened,” according to the latest reports.

“The species almost went extinct but now we have a robust and growing population of bald eagles,” shared the executive director of the Ventana Wildlife Society Kelly Sorenson in a recent statement. He also was the lead author on the report in the Journal of Raptor Research that documented the birds’ return to prominence in California’s skies over the last quarter century.

Concern over the national symbol began when the giant birds of prey were on the cusp of extinction following attacks on multiple fronts, like loss of habitat and the devastating effects of DDT pesticide on eggshells.

The 1966 Endangered Species Preservation Act helped to staunch the declining population, but it wasn’t until later when dedicated breeding programs began improving the situation. Bald eagles were removed from the endangered species list in the ’90s, and then again bumped up from the threatened wildlife list in 2007. But central California’s populations have remained behind in comparison to the rest of the U.S., until now when there’s a sign of progress.

“For 60 years, bald eagles were absent from central California during the summer breeding season,” Sorenson noted. With 30 breeding pairs now documented in the area, it’s safe to say that the eagles are moving in the right direction.

Next up: saving the bees. 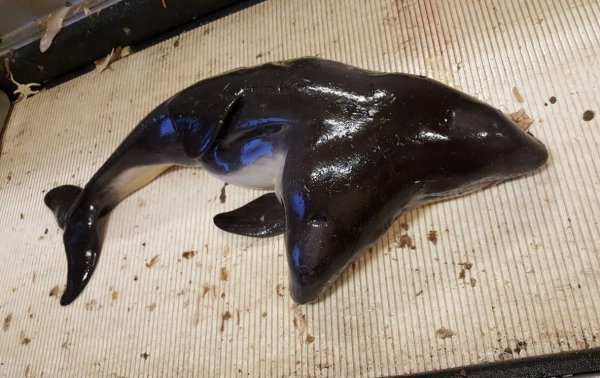 Scientists Found the First Two-Headed Porpoise
Next Up: Editor's Pick