Jess Weighs In On The Greatest Gilmore Girls Mystery—Who Is the Father of Rory's Baby?

The Gilmore Girls reunited for a Netflix revival last year, but the four episodes of the special, A Year in the Life, left fans with a lot of lingering questions including the paternity of one very important baby.

As fans hold out hope that Netflix will bring the cast back together for a few more episodes, they continue to debate whether the father of Rory’s child could be Logan Huntzberger (Matt Czuchry), a cosplaying Wookiee, some guy named Paul (who?), or perhaps the dark horse candidate, Rory’s ex-boyfriend, Jess Mariano. Now, Milo Ventimiglia, who played Jess on Gilmore Girls, weighed in on the debate on the latest episode of People’s and Entertainment Weekly’s series, The Jess Cagle Interview.

“Fans are like, ‘Oh my God, is it your baby?’,” says Ventimiglia in the interview, but even he doesn’t know the answer to that burning pop culture question. “It could be — I don’t think it is — but it could be.’ ”

Ventimiglia, who can now be seen on This Is Us, may not know about the paternity of the new Gilmore offspring, but he does know one very important thing: “Jess absolutely loved Rory still — absolutely did.”

“I think that he’s never going to not love her. Now that doesn’t mean it’s a romantic love — it just means, I think, the two of them found something deep, a connection so deep when they were so young that even though their lives went on different paths, different directions, they had that,” says Ventimiglia of Jess and Rory’s relationship. “They had that together and you never lose it.”

So… he could definitely still be the father of her child, right? 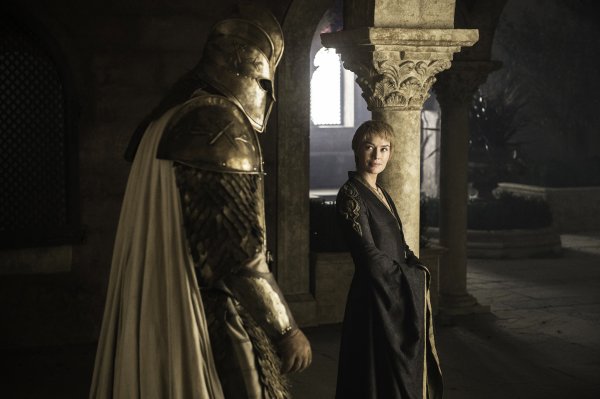 Game of Thrones Characters 'Singing' 'I Will Survive' Is the Most Ironic Thing You'll See Today
Next Up: Editor's Pick