With more than 100 deaths to to its name, Game of Thrones has become known as one of the deadliest shows on television. So seeing the cast perform a rendition of Gloria Gaynor’s “I Will Survive” is probably right up there with a benevolent Queen Cersei on the list of unlikely things to see.

However, thanks to YouTube channel Sung By Movies, fans can now watch a Westerosi rendition of Gloria Gaynor’s hit disco anthem. By stitching together scenes from the previous six seasons, the channel completely recreated the 1978 track with dialogue straight from the characters’ mouths.

Featuring cameos by long-lost fan-favorites such as Ned and Robb Stark as well as those like Daenerys Targaryen and Tyrion Lannister who have somehow managed to stay alive, the lip-dub is definitely one of the books. “Very amusing,” the (thankfully) late Joffrey Baratheon mocks to close out the clip. “Isn’t it a funny song?” 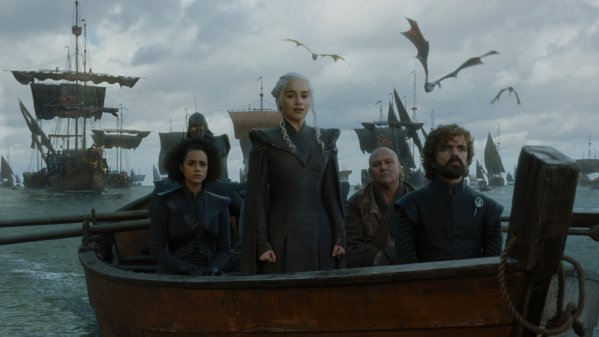 See the Moment Daenerys and Her Dragons Finally Arrive in Westeros
Next Up: Editor's Pick