A South Carolina Shootout Was Captured on Facebook Live

Seven people were injured after an unidentified person shot at someone they had gotten into a fight with in Myrtle Beach, South Carolina. The entire incident was captured on a Facebook Live video recorded by a bystander.

The incident is still being investigated, but according to WBTW in South Carolina, officers responded to calls about a large crowd that had gathered along the resort town’s Ocean Boulevard. A fight broke out and one of the people involved shot at another. An armed security officer then shot at the shooter, according to WBTW, who then fired off more shots and left in a stolen car.

Officers were able to apprehend the suspect, but no names have been released. The Facebook video of the incident had just over 3 million views as of Monday. 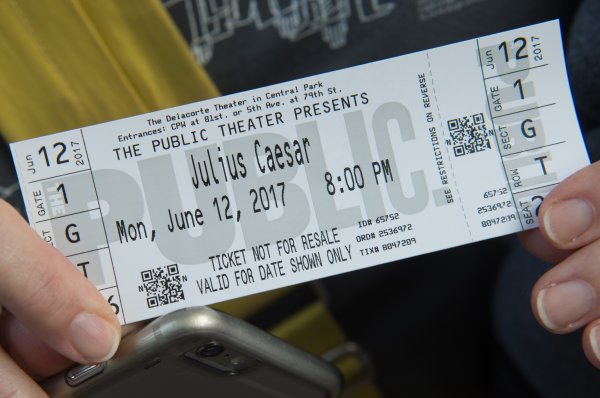 Shakespeare Theaters Nationwide Are Getting Threats
Next Up: Editor's Pick