How Title IX First Changed the World of Women's Sports

It was 45 years ago — on June 23, 1972 — that President Richard Nixon signed the law that would quickly become known simply as Title IX. The rule, part of the Education Amendments of 1972, stipulates that any educational program or activity that receives federal funding cannot discriminate on the basis of sex. Its implications are many; recently, for example, Title IX has been the basis of complaints against schools charged with not properly responding to the issue of sexual assault. But its most famous impact has been on school sports programs. Because almost every college in the U.S. receives some kind of federal funding, female athletes were able to use Title IX to argue that schools should take women’s athletics as seriously as they did men’s.

The regulation didn’t go into effect right away but, in anticipation, change had already begun when the subject was examined in a TIME cover story in June 0f 1978, right around the time when compliance would become mandatory.

Already, the magazine explained, six times as many high school girls were participating in competitive high school sports than had done so in 1970. The budget for women’s sports at North Carolina State had multiplied by 15 in just four years. The University of Michigan had not had a single formal competitive sport for women in 1973; five years later, it had 10 varsity teams for them.

And, the story noted, the effect of Title IX was not limited to elite college athletes or to public school students who also fell under the regulation’s purview. From young girls to older women who had once wished to compete, American women in the 1970s were “discovering the joys of competition,” the article explained:

As Senator Birch Bayh had said in 1972 when making the case for the amendment, Title IX wouldn’t solve every problem when it came to guaranteeing equality for Americans regardless of sex. But, he said, it was “an important first step in the effort to provide for the women of America something that is rightfully theirs.”

And the impact of the amendment is still being felt — according to the NCAA, in the 2015-16 academic year, 211,886 women participated in college sports in the U.S., representing a 25% increase over the previous decade. 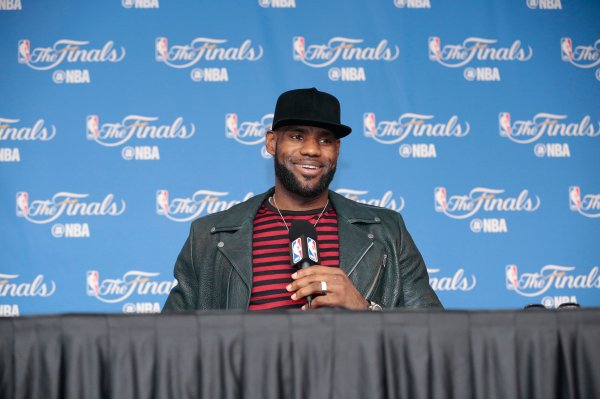 Watch LeBron James Dunk On a Bunch of 10-Year-Olds at His Son's Birthday Party
Next Up: Editor's Pick