Roger Stone, a longtime political adviser and friend to President Donald Trump, speaks during a visit to the Women's Republican Club of Miami, Federated on May 22, 2017 in Coral Gables, Florida.
Joe Raedle—Getty Images
By Mahita Gajanan

Roger Stone, a close confidant of President Donald Trump, is on a mission to convince Trump to legalize marijuana through a new lobbying group.

Stone, a longtime Trump ally whose name has come up in the growing investigation into Russian meddling in the 2016 election, announced on Friday that he is forming the United States Cannabis Coalition, a new bipartisan organization that aims to get the Trump Administration to recognize the medicinal value of cannabis. The organization is registered with the IRS as a section 527 nonprofit, Business Insider reports.

“I am going to be working with a coalition of Republicans and Democrats, progressives and libertarians, liberals, and conservatives to persuade the president to keep his campaign pledge, and to remind the president that he took a strong and forthright position on this issue in the election,” Stone said at the Cannabis World Congress and Business Expo.

While campaigning, Trump said he thinks legalizing marijuana should be a “state issue, state-by-state.” In a 2016 appearance on Fox News, Trump said he was “100%” in favor of medical marijuana.

But since taking office, the Trump Administration has indicated it wants to crack down on states that have legalized marijuana. In May, Attorney General Jeff Sessions, who has long opposed legalization, sent a letter to Congress asking lawmakers to allow the Department of Justice to crack down on businesses and people in states where medical marijuana is legal. Department of Homeland Security chief Gen. John Kelly has also criticized the legalization of marijuana.

“It’s our intention to identify, reach and mobilize millions of pro-cannabis voters to urge the President to keep his word,” Stone said. 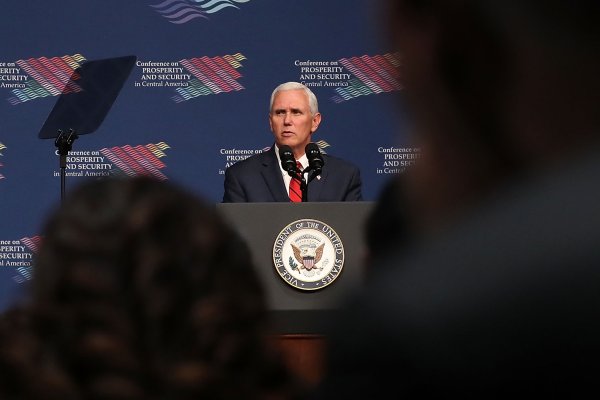