The season six finale of Game of Thrones revealed (at long last) that Jon Snow is not Ned Stark’s bastard, but rather the son of his sister Lyanna and Rhaegar Targaryen. However, one detail about Jon’s birth has remained a mystery: the name given to him by his mother in the final moments before her death.

But thanks to some expert sleuthing by fans, the name Bran witnessed Lyanna whisper to Ned during the second Tower of Joy flashback may have come to light. Shortly after “The Winds of Winter” aired in June 2016, Reddit user sparkledavisjr took it upon herself to provide a detailed breakdown of why she believes Jon’s name is actually Jaeharys Targaryen.

She also provided an explanation as to why Ned may have given his ward the name “Jon” as an alias. “Jon was likely renamed after Jon Arryn,” she wrote, referencing the Hand of the King whose death kickstarts the events of the show. “Jon Arryn was a father figure to Ned, and Ned is the father figure to Jon Snow.”

To some, this may seem like pure speculation. However, on Thursday, Reddit user TheRealVanDamme shared a photo of what is reportedly a leaked page from an upcoming issue of Empire Magazine that seems to confirm sparkledavisjr’s suspicions.

“As we saw in the last episode of Season 6, Bran’s (Isaac Hempstead Wright) psychic time-traveling ‘greensight’ revealed the true nature of Jon’s birth heritage and his real name: Jaehaerys Targaryen,” a description below a photo of Bran and Meera reads. “‘Bran’s now in this precarious situation in which it’s just him and Meera (Ellie Kendrick), and he has all of this information that could change the entire story,’ says Hempstead Wright. And it’s not just about Jon. ‘He knows about the origin of the White Walkers, too.'” 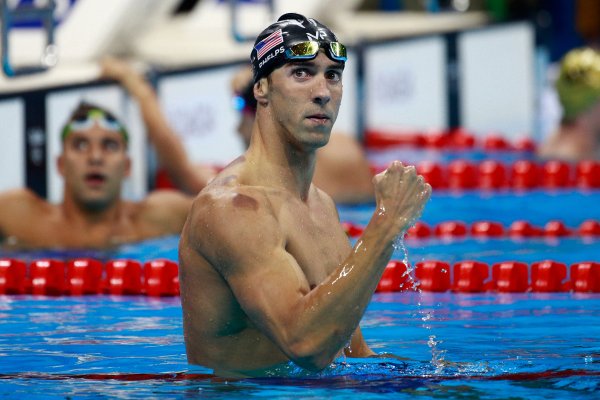 Michael Phelps Is Going to Race a Great White Shark
Next Up: Editor's Pick