Some of my most treasured memories of Dad are of the nights he let us stay up to watch the Apollo launches on TV in the late 1960s. Those were exciting nights for a lot of families — but they were especially exciting when your father was an engineer who contracted with NASA. I still remember the mix of pride and amazement at seeing a rocket shoot into the sky, knowing that he helped make it happen.

As I got older, the two of us bonded over science projects — both ones assigned by school and ones inspired by whatever questions I was asking at the time. I still think about the day he dismantled the fireplace so we could test how long it took various metals to conduct heat. In hindsight, maybe it wasn’t the safest experiment. But his need to uncover the world’s mysteries was infectious.

The best advice Dad ever gave me was to keep asking bold questions and looking for their answers. He knew that curiosity transforms everyday obstacles into exciting challenges to be solved — and that once you have that perspective, possibilities become limitless. You can, quite literally, aim for the stars. — Written for Motto

My dad Edward Kostyra was constantly offering his sage advice to each of his six children. I think I was the most receptive, full of avid curiosity to learn everything Dad knew and apply it to everything that interested me. He recognized my enthusiasm and encouraged me by constantly saying, “You can do anything you set your mind to!” That perhaps is the most powerful thing ever said to me, and it remains with me today. — Written for Motto

My father always reminded us that “the truth needs no defense,” and it became somewhat of a motto for my sister and me throughout childhood. Maybe it was our Texan roots, but we were always encouraged to be true to ourselves and to others, and that would be enough. From playing the justice-seeking Assistant District Attorney Alex Cabot on Law & Order SVU, who was in constant search for what’s right and defending those who needed it most, to living my own personal life with authenticity and openness, “the truth needs no defense” is something that has always followed me. I’ve relied on my father’s advice many times — but this sticks out as the most important. Every day, and this Father’s Day in particular, I’m grateful to live in a country where the truth still has value. And while it needs no defense, it’s certainly worth fighting for. — Written for Motto

He’s always taught me the importance of family. He made every effort when I was growing up to be home for dinner every night, unless he was on another continent. He has always challenged me to take risks, not unnecessary ones, but the ones that are necessary to be the person that I want to be and to have the impact I hope to have on the world. Certainly, one of his credos that I’ve adopted fully is that it’s always better to get caught trying than to never have tried at all…. I am grateful to my father most of all for always being ready with a hug, for the word of advice, but ultimately for the example that he set for me as Mark and I think about starting our own family. — In a 2014 Father’s Day video for G(irls)20

My father used to say to me, “The only limit to your success is your own imagination.” I actually believed that — like, I’m still coming to terms with the fact that I might not be an Olympic figure skater. I’m sure there are barriers. I have just chosen not to acknowledge them. — In a 2013 interview with Fortune

When I was maybe 27 years old and kind of at the height of my movie stardom… I was very much believing my own hype, which how could you not? I was sitting with my dad, feeling great about my life and everything that was happening, and he was like, “You know, you’re getting a little weird… You’re kind of an a—hole.”… I was totally devastated. But it turned out to be basically the best thing that ever happened to me. It’s the difference between someone who loves you more than anything in the world giving you criticism and getting it from some bitter stranger on the internet. What my dad said to me was the kind of criticism where I was like, “Oh, my God, I’m on the wrong track.” I’m so grateful to him for doing that. He was such a no-nonsense guy in that sense. — In a 2016 interview with Harper’s Bazaar

The greatest lesson I learned from my father is just having compassion towards people… My father loves people. No matter what their race, no matter what their position in life, he treated everyone with kindness and love and respect. And that was instilled in me just by watching him. — In a 2013 interview with Starts With You

Write to Lucy Feldman at lucy.feldman@time.com and Samantha Cooney at samantha.cooney@time.com. 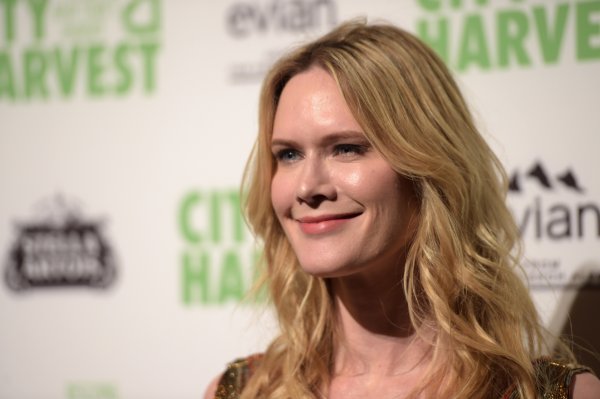 Actor Stephanie March Shares the Life Motto She Learned From Her Father
Next Up: Editor's Pick