Amazon announced on Friday that it will acquire upscale food market chain Whole Foods for $13.7 billion, giving the online retail giant a stronger foothold into the grocery business. The move is a strategic one for both companies: It comes amidst financial struggles at the organic food market while also boosting Amazon’s brick-and-mortar presence. Here’s a closer look at why the purchase makes sense.

Amazon revolutionized online shopping with the launch of its website in 1995, but in recent years it’s showed increasing interest in having a similar impact on the physical retail experience. Last year, the shopping behemoth unveiled Amazon Go, an experimental grocery store with no checkout counter that’s currently open to Amazon employees in Seattle. Amazon also opened its first brick-and-mortar book store in Seattle in 2015, and has since expanded to New York City, Chicago, and Los Angeles. The company is said to be weighing numerous physical retail experiments that range from futuristic Home- Depot-like stores that incorporate augmented reality to Apple-esque electronics boutiques, according to The New York Times. Amazon’s acquisition gives the company 431 physical Whole Foods locations to potentially flesh out new concepts.

Amazon’s Prime Now service promises to deliver certain products — ranging from paper towels to electronics — in an hour or less, which Amazon sources from 70 fulfillment centers in the U.S. With its purchase of Whole Foods and the hundreds of grocery stores it operates — which sell everything from fresh food to beer, bakery items, flowers, and pet supplies — Amazon has an opportunity to expand the products it can deliver under Prime Now. This is particularly useful for Amazon considering that the food options in Prime Now have been limited to gourmet markets like D’Agostino and Billy’s Bakery in Manhattan.

A saving grace for Whole Foods

The grocery chain has been in dire straits in recent months. After posting seven consecutive quarters of declining sales, the company announced an overhaul to its board of directors in May. Activist investors unhappy with Whole Foods’ sluggish stock have long called for it to consider selling itself. Jana Partners in particular, which acquired a stake of more than 8% in Whole Foods earlier this year, has been putting pressure on the chain, as Bloomberg reported.

A competitive edge for Amazon

Amazon is far from the only digital company to show interest in the grocery space with its AmazonFresh service, which is available for Prime members for $14.99 per month. Adding Whole Foods’ selection of items to its service could give the online retail giant a competitive edge against Google, whose Express deliver service now reaches 90 percent of the U.S. and other alternatives like Instacart, Peapod, and FreshDirect.

A stronger presence in the home for Amazon

Amazon now sells smart speakers that function as digital butlers, buttons that you can press to magically reorder household items, and wands you can wave over a product’s barcode to add it to your shopping list. All of these gadgets act as clever and convenient ways to point consumers to Amazon’s online megastore for all of their needs. From that perspective, it’s no surprise that Amazon is seemingly bolstering its selection of grocery items through the Whole Foods acquisition: It’s made similar moves by purchasing Diapers.com and Soap.com in 2010. 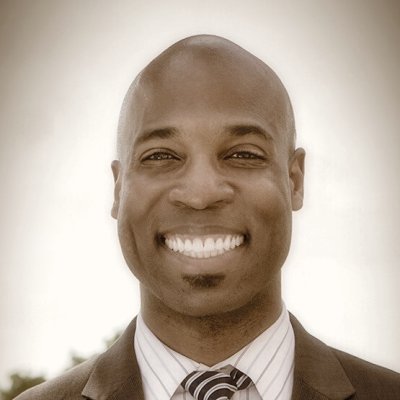 What It's Like to Be Head of Diversity and Inclusion at Uber
Next Up: Editor's Pick