Jay Z is now officially the first hip-hop artist ever to be inducted to the Songwriters Hall of Fame. A first-ballot hall of famer, the rapper was introduced Thursday night at the SHOF’s Induction Ceremony by none other than friend and former President Barack Obama in a two-minute video.

“I’d like to think Mr. Carter and I understand each other. Nobody who met us as younger men would have expected us to be where we are today,” Obama said. “And so we try to prop open those doors of opportunities, so that it’s a little easier for those who come up behind us to succeed as well.”

Obama also talked about how he and Jay Z both are “fools for our daughters,” and how both are married to “wives that are significantly more popular than we are.” He also brought up how Jay-Z’s work has influenced him while in office and on the campaign trail, including in his 2015 “Bloody Sunday” anniversary speech in Selma, Alabama.

“So I’m pretty sure I’m still the only president to listen to Jay-Z’s music in the Oval Office,” Obama surmised with a cheeky grin. “That may change at some point, but I’m pretty sure that’s true now.” 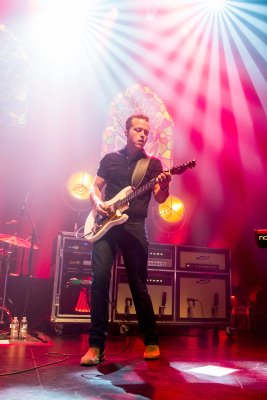