There are typically two markers for gender on identification cards that Americans use: “M” for male and “F” for female. But residents in Oregon will now have a third option for their drivers licenses: “X.”

Officially interpreted as a “not specified” gender, the change came about after an Oregon court authorized a resident to change their government-recognized sex from “female” to “non-binary” last year.

The word non-binary, which has greatly increased in usage in recent years, is used by people to describe genders that fall outside the categories of man or woman. A person might feel their gender resides somewhere in-between, that their gender is both male or female or that it is neither. Some people who use this label are intersex, meaning they were born with ambiguous physical characteristics that don’t fit the typical patterns for either males or females. Others might be part of the transgender community, using this term to describe innate feelings they have about their identity.

The Thursday decision makes Oregon the first U.S. state to offer its residents this option, but at least one other is considering it. A similar bill has passed the state Senate in California and now awaits action in the state Assembly. “In society we frequently put people into boxes and tell people who they need to be as opposed to who they are,” California state Sen. Scott Wiener said while championing that bill, which would make a third marker available for documents such as birth certificates as well.

At public hearings in Oregon, those speaking in favor of adding the third option outweighed those speaking against this spring. While some decried the move as extreme political correctness, many individuals said that it would be “a good option” for them, DMV spokesperson David House said. Advocates for such changes have argued that such an option validates people’s identities and that recognition by the government is important, especially for groups that are often marginalized or discriminated against. Some have also argued that it increases safety for people whose appearances might not line up with assumptions about what an “M” or “F” is supposed to look like.

An estimated 1 in 2,000 babies is born with characteristics that could be described as intersex. An estimated 0.5% of the American population is transgender, or roughly 1.5 million people, according to the Williams Institute. Many transgender people are binary, however, identifying as a man or woman just like cisgender people do. So it is unclear how many people might opt to use such a marker. House said officials don’t even have a guess: “Literally, we have no data.”

But the fact that Oregon has made an “X” available is a sign of the zeitgeist, in which many people are questioning long-held notions about gender — with some coming to view it as a spectrum rather than a toggle — and in which LGBTQ groups are winning many fights for greater acceptance. In a GLAAD survey reported on exclusively by TIME earlier this year, 20% of millennials said they are something other that strictly straight and cisgender, compared to 7% of boomers.

The change in Oregon, which came about through a decision by the state’s transportation commission, will take effect July 1. And the process for changing one’s marker will be simple. No doctor’s note is required; people will “self-certify,” says House. A driver simply needs to visit a DMV and go through the normal process for replacing a license, noting the change. The only catch: as per usual, they will be on the hook for the $26.50 replacement fee. 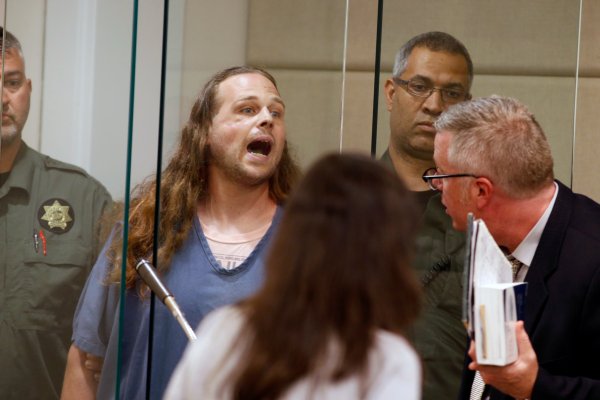