Bill Clinton Is Right: There Are Aliens in Space

One of the good things about being an ex-President is that you get to say the kinds of things you could never say when you were still the most powerful person in the world. Take aliens—the space kind. Last night, during an appearance on Jimmy Kimmel’s show, the 42nd prez admitted not only that when he was in the White House he ordered a review of all of the documents related to the long running rumors over aliens landing in Roswell, N.M. in 1947, but that he would not be surprised if we did eventually get a cosmic caller.

“If we were visited someday I wouldn’t be surprised,” he said, “I just hope it’s not like Independence Day,” a reference to the 1996 movie in which aliens do land—and behave very, very badly.

Has Clinton gone ’round the bend? Not a bit–depending on whether you subscribe to the life-is-easy or life-is-hard school of thought. Physicist, broadcaster and author Paul Davies of Arizona State University is one of the leading proponents of the we’re-all-alone camp, arguing in his aptly titled book The Eerie Silence that biology emerging from dead chemicals was such a cosmic longshot that it’s entirely possible it happened only once, here. But that position is becoming increasingly untenable.

Planets aren’t the same as biology—witness Earth’s lifeless brothers and sisters in our solar system—but the increasingly evident presence of water and organic chemicals in asteroids, comets and throughout the interstellar medium suggests that the ingredients for life are everywhere. If that’s so, it may take little more than that chemistry plus some energy source (light or heat) plus time to cook up something living. Clinton may have had his political critics in his eight years in the White House, but science, in this case, appears to be on his side. 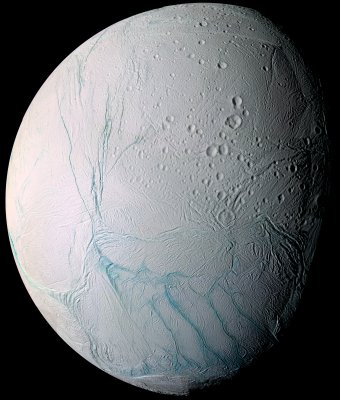 A Geyser Moon With a Hidden Ocean
Next Up: Editor's Pick