The American student recently released after more than a year of detention in North Korea suffered “severe injury to all regions of the brain,” the doctors treating him said Thursday.

Otto Warmbier remains in a coma, the doctors said, describing him as being in a state of “unresponsive wakefulness” — not showing signs of acknowledging language, commands or his surroundings. Daniel Kanter, Jordan Bonomo and Brandon Foreman, doctors at the University of Cincinnati Medical Center, described Warmbier’s medical status in a news conference on Thursday, after he was released from the reclusive country earlier this week.

Doctors said he has suffered from respiratory arrest, meaning his brain was not receiving enough oxygen for a period of time, and from extensive loss of brain tissue. Tests did not show signs of active botulism, a poisoning by toxins, they said.

Warmbier was sentenced to 15 years of hard labor in North Korea in 2016 for allegedly trying to steal a propaganda banner. His parents said this week that he “fought to stay alive.” 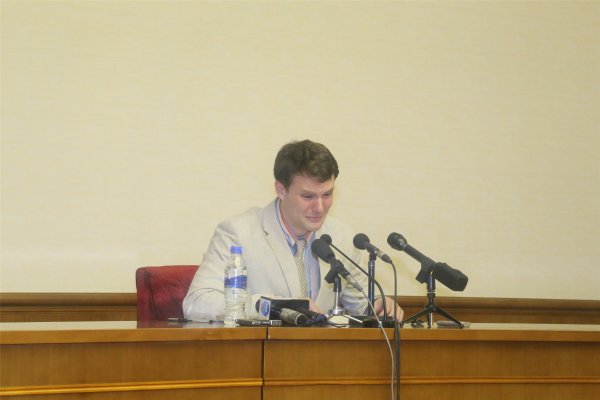