Morgan’s Inspiration Island, a new water park designed for parkgoers of all abilities — including people with disabilities — opens this Saturday in San Antonio, Tex.

“Like Morgan’s Wonderland, Morgan’s Inspiration Island is not a special-needs park; it’s a park of inclusion,” said Gordon Hartman, the philanthropist behind the park, in statement.

“Those with physical or cognitive challenges can do just as much as everyone else,” spokesperson Bob McCullough told TIME in an e-mail.

A seven-story lighthouse, a number of pool areas equipped with water jets, cannons, geysers, “rain curtain” are all spread out around island-themed park. There’s also a twisty riverboat ride around a “jungle” and “Rainbow Reef” where you can adjust the water temperature.

Every last attraction is wheelchair accessible, and the park will also offer complimentary waterproof wheelchairs called the “PneuChair” for guests tailored specifically to the amusements. The attraction sits right next to Morgan’s Wonderland, a 25-acre theme park that opened in 2010.

Hartman said people with disabilities gave the rides a spin before opening day, and the team consulted with families, special education experts, and doctors on the park’s design.

The park was inspired by Hartman’s 23-year-old daughter Morgan who he says has cognitive and physical disabilities.

Admission to the park is free for individuals with disabilities, though the site recommends making reservations online. 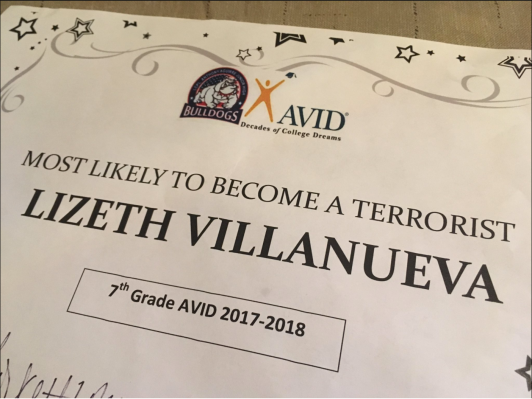 Texas Teacher Who Said Student Was 'Most Likely to Become a Terrorist' Loses Her Job
Next Up: Editor's Pick