Bow Wow has been forced to deny claims that he paid fans to chase him through the street for a recent publicity stunt.

The rapper and TV personality was filmed in Charlotte, North Carolina running away from screaming fans with his affiliates, with the footage subsequently uploaded onto social media on Sunday (June 11).

However, some online commentators have questioned the authenticity of the events depicted in the video, with some suggesting that the situation was a clear set-up and that those who were seen chasing the rapper had in fact received payment from Bow Wow to appear in the clip.

Speaking to TMZ, Bow Wow refuted the allegations by offering some context behind the events depicted in the video.

“Our tour buses was parked, like, not really where they’re supposed to be,” the 30-year-old explained in his defense. “I remember just being at the top of the loading dock with Jermaine [Dupri], and Jermaine is like, ‘Yo, you cannot go out there.’ I’m like, ‘Look, I’m not about to stand here in the loading dock all day. We gotta get to the bus.’ So I told him, I said, ‘Well, I’m going to try to run around the crowd,’ and he’s like ‘Good luck.’

Bow Wow was recently the subject of an embarrassing internet craze after being caught ‘lying’ about flying on a private jet – when in fact he was riding on a commercial airliner. 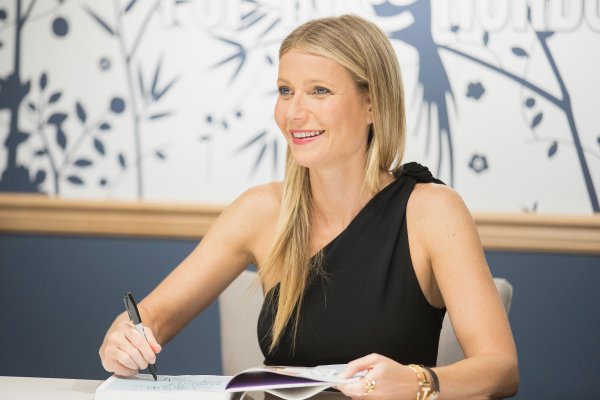 Gwyneth Paltrow Remembers the Timeless Angst of Being a Teen
Next Up: Editor's Pick