Queen Elizabeth II and Prince Philip, Duke of Edinburgh, have an audience with Pope Francis, during their one-day visit to Rome on April 3, 2014 in Vatican City, Vatican.
Oli Scarff—Getty Images
By Eric Dodds

A highly anticipated meeting between Pope Francis and Queen Elizabeth was held on Thursday afternoon in the Vatican, where the two world leaders exchanged words and gifts in person for the first time. The pair met for half an hour, including 17 minutes in private.

Last week, President Obama gave Francis a chest filled with seeds from fruits and vegetables used in the White House garden. But the Queen one-upped the American leader during her visit, presenting the Pope with whiskey and venison. Francis was the fifth Pope with whom Queen Elizabeth has met during her fifty-year reign. This trip marks the first foreign trip for the British monarch in three years. 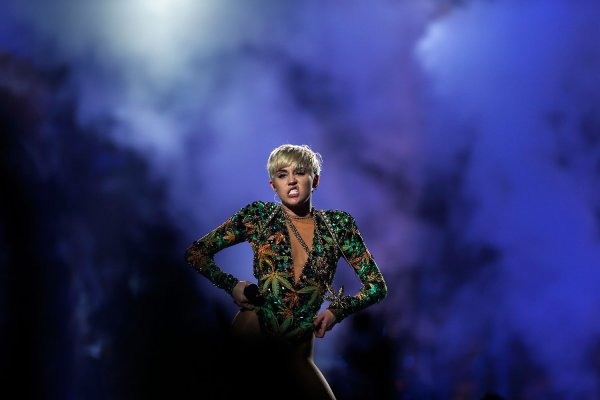 Sanctions Flap May Silence Miley Cyrus
Next Up: Editor's Pick