Elizabeth Banks stirred up some controversy at the Women in Film Crystal + Lucy Awards by calling out Steven Spielberg for not making movies with female leads.

“I went to Indiana Jones and Jaws and every movie Steven Spielberg ever made, and by the way, he’s never made a movie with a female lead,” she said while accepting an award on Tuesday. “Sorry, Steven. I don’t mean to call your ass out but it’s true.”

Banks’ claim is incorrect — Spielberg’s 1985 film The Color Purple starred Whoopi Goldberg, who was nominated for an Academy Award for the role. Someone in the audience at the awards ceremony pointed this out to Banks, and the actor reportedly moved on from the moment, according to The Wrap. Her failure to recognize the film, which grossed $142 million globally and received 11 Oscar nominations, triggered an online backlash, with many pointing to the fact that it was specifically an oversight of a movie starring a black woman.

Aside from The Color Purple, Spielberg does not have a strong record of casting women in lead roles. According to a close look at his filmography by Vulture, only three of his 30 feature films star female leads, including 2016’s The BFG — and he is far from the only mainstream Hollywood director with such a track record.

Women in Hollywood continue to fare worse than men when it comes to landing substantial roles, and the numbers skew lower for women of color. Last year, female protagonists made up 29% of the top 100 films at the U.S. box office, which was considered a record high, according to a study by San Diego State University’s Center for the Study of Women in Television & Film. Of all the roles considered in the study, 76% were played by white actors, while 14% were black, 6% were Asian and 3% were Latina.

Banks apologized for the incident Thursday afternoon, saying that she took “full responsibility” for her oversight and did not mean to dismiss anyone.

“I messed up. When referring to Steven Spielberg at the Women in Film awards, I framed my comments about his films inaccurately. I want to be clear from the start that I take full responsibility for what I said and I’m sorry,” Banks said on Twitter. “When I made the comments, I was thinking of recent films Steven directed, it was not my intention to dismiss the import of the iconic #TheColorPurple.”

“I made things worse by giving the impression that I was dismissing Shari Belafonte when she attempted to correct me. I spoke with Shari backstage and she was kind enough to forgive me,” the star continued. “Those who have the privilege and honor of directing and producing films should be held to account for our mistakes, whether it’s about diversity or inaccurate statements. I’m very sorry.” 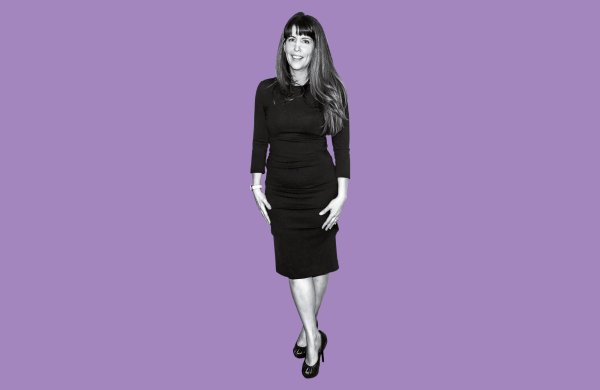 12 Questions With Patty Jenkins, Director of Wonder Woman
Next Up: Editor's Pick