With Arms, Nintendo Wants to Rekindle Excitement for Motion Controls

Arms is a fighting game for the Nintendo Switch about punching, sort of. Also jumping, sort of, and weaving, sort of, and bobbing, sort of. Everything interesting about Arms (June 16)–as in jazz, poetry, stand-up, etc.–happens off the beat. The result is a game with the thoughtful pulse of tennis, a sport as much about thinking between volleys as nailing them. And one with the thoughtless cadence of boxing, a sport about landing pulverizing body blows. It is weird in the way Nintendo games often are, but also wonderful.

Players control Arms’ cartoonish brawlers using the Switch’s detachable motion-sensing joysticks, moving and twisting them in the air to curve their characters’ spring-loaded limbs. Sure you look like a goofball doing so but, in return, Arms delivers responsive and tactical play. It’s a cleverly designed attempt by Nintendo to bring back the magic of its original Wii console with its wandlike controls.

In an inspired move, players can mix and match “arm” types, opting for gadgets like ice cannons, electrical boomerangs or bombs. Each player picks two per round, assigning them to their avatar’s left or right arm. Each arm has its own speed and weight class, and the game-play possibilities expand when multiplied by all the ways you can spin a punch.

From there, you can battle computer-controlled foes solo or with a friend in “Grand Prix” mode, earning points to unlock upgrades and new characters. Online play offers casual matches as well as ranked duels. But squaring off with a second player in impromptu split-screen matches–each of you using one of the console’s two controllers–is where Arms finds its strongest footing.

A setting to use standard button controls allows you to forgo playing with motion. It’s a welcome alternative if you find swinging the controllers too difficult or tiring. But one that robs Arms of its novel qualities. 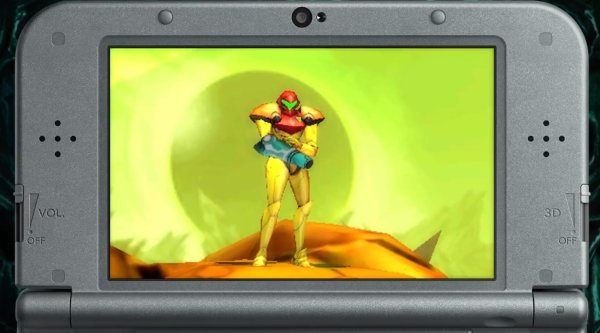 Nintendo Just Announced a Full-Blown 'Metroid' Game Coming to 3DS This Year
Next Up: Editor's Pick