As you can deduce from the title of Stephens-Davidowitz’s recent book, Everybody Lies: Big Data, New Data, and What the Internet Can Tell Us About Who We Really Are, he struggles with brevity in naming things as much as his parents did. But his fascinating, funny work uses online data (Google searches, porn views, Wikipedia entries, Facebook ad data) to prove that we are far more horrifying that we let on. That’s because we lie all the time: in person, online and even to anonymous pollsters. What we type privately when we want information reveals sadness, anger and desperation. He shows that huge swaths of our country, both Democratic and Republican, are overtly racist; tons of people search for racist jokes. Many people regret having kids. Women are twice as likely to search for tips on performing oral sex as men, and half of men’s searches on that topic are about performing it on themselves.

As interesting as learning about this data was, I eventually got bored, since none of it was about me. So Stephens-Davidowitz did some quick algorithming and found out that the No. 1 question searched about me is whether I’m gay. In fact, 1 in 50 searches about me are about my supposed gayness, despite the fact that I often write about my wife and watching heterosexual porn. It turns out that this is a very common question about men, though it is more common about me. I’m pretty far from the 1 in 570 searches about LeBron James‘ sexuality but very close to the 1 in 18 about Richard Simmons‘. Far more disturbing is that Stephens-Davidowitz found that my fame peaked in 2006, and I am now 89% less well-known. This is probably because in 2006, I was on a show called I Love the ’70s. Also, in 2006, people still read words.

The only thing more compelling than what other people think about me is what I think about me. So I gave Stephens-Davidowitz access to my search history. “The most common search you make is ‘Joel Stein,'” he told me. Apparently, 3% of my searches are for my name, with about one self-Google per day. The average person does this so rarely, it doesn’t even register in Stephens-Davidowitz’s data. “You’ve always said you’re narcissistic. This definitely confirms it,” he said in a cheery way that can only come from a man who has chewed so closely to the core of knowledge that he is impressed by men who aren’t into racist jokes or endangering their lower back to pleasure themselves.

Then Stephens-Davidowitz said something upsetting: 5% of the time after I search the name of a female celebrity, I try to see her naked. I denied this, but he said that most people forget their own Google searches, and 5% is totally normal for a guy. What is not normal is this: “The celebrity you searched for naked most was Joel Stein.” Although I insisted that this must have been for a column about how viewing hacked photos is wrong, I could tell Stephens-Davidowitz now thinks I’m admirable only for not liking racist jokes.

Like most men I have a false impression of what the average man likes. “Despite writing a book about being an effeminate man, your searches do not show any evidence of being unusually effeminate,” he said. For instance, while I was into the HBO show Girls, Stephens-Davidowitz’s data shows it was equally popular among men and women, even though men don’t seem to admit that on Facebook or Twitter, or to Lena Dunham. Straight men have more interests in common with women than they let on. “Despite what people Googling your name think, you are clearly not gay based on your searches,” said Stephens-Davidowitz. “The one exception being the desire to see yourself naked.”

The thing that really makes me an outlier, however, is that I’m the most shallow person whom Stephens-Davidowitz has ever seen data on. “My research used to make me feel better about myself. I’m not the only one who wakes up at 3 a.m. thinking I have a health problem. I search dark stuff. I’m closer to the average on anxiety,” he said. “You’re searching about fun things you can do: restaurants, great recipes, comedy. Let me check the Dow Jones average? Any new comments to my column? All right, I’ll go to bed.” I found all this self-knowledge deeply upsetting until I realized that I don’t need Google to express my neuroses. I have a column. 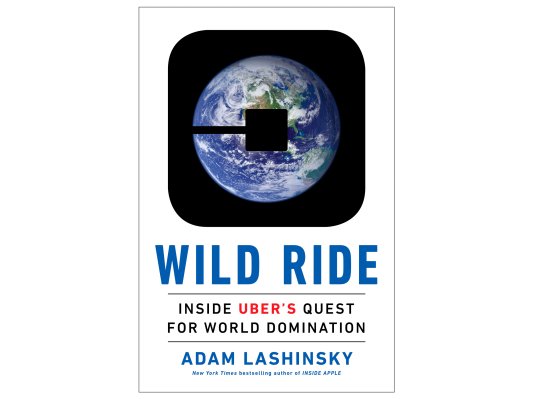 Uber's Travis Kalanick Shows How Growing Up Is Much Harder Than Simply Growing
Next Up: Editor's Pick