Ways to Rid the World's Oceans of Plastic Trash

The countries in Asia responsible for much of the plastics choking international waters promised at a U.N. summit on June 8 to clean up their act. The pledge from China, Thailand, Indonesia and the Philippines is a promising move from a region that produces up to 60% of marine plastic waste. But others are coming up with innovative ways to clear or recycle what already exists:

More than 86 million metric tons of plastics is thought to be in the oceans right now, clogging reefs, killing wildlife and littering shores. As a response, computer company Dell is beginning to create laptop packaging recycled from litter found on Haitian beaches. The company estimates that it will keep 16,000 lb. of plastics out of the ocean.

Designer Stella McCartney announced this year that she will use ocean plastic in lieu of woven or recycled polyester in some of her products. She has previously worked with Adidas to create a sneaker made with materials recovered from the sea. She’s not alone. In 2014 musician Pharrell Williams worked with Dutch fashion brand G-Star RAW on a denim collection made from plastic waste.

Dutch entrepreneur Boyan Slat has invented a system of floating barriers and an underwater screen to extract plastic and wants to test it on the Great Pacific Garbage Patch, a huge expanse in the ocean off California where litter has concentrated. But scientists say there’s no quick fix to this ever growing problem. The real solution lies in better waste policies by nations and in persuading people to cut down on the use of plastics. 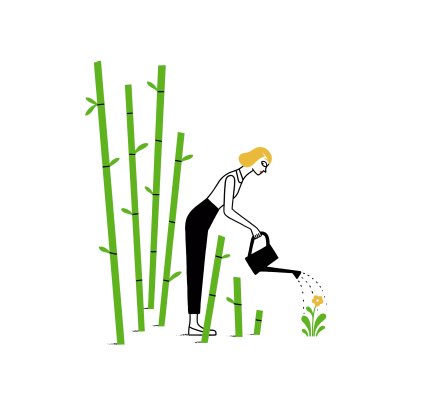 Invasion of the Garden Snatcher and Other Tales of Suburban Apocalypse
Next Up: Editor's Pick