DeMario Jackson Finally Speaks Out Amid Bachelor in Paradise Scandal: My Character 'Has Been Assassinated'

Shortly after Corinne Olympios broke her silence on the Bachelor in Paradise scandal, DeMario Jackson was quick to issue a statement of his own.

“It’s unfortunate that my character and family name has been assassinated this past week with false claims and malicious allegations,” the 30-year-old said in a statement to PEOPLE. “I will be taking swift and appropriate legal action until my name is cleared and, per the advice of legal counsel, will be seeking all available remedies entitled to me under the laws.”

On Sunday, Warner Bros. released a statement announcing that production had been suspended on Paradise due to what the production company is calling a “misconduct.”

Sources previously confirmed to PEOPLE that production was halted after a producer raised concerns about an alleged sexual encounter between Jackson,30, and a female cast mate (PEOPLE previously opted not to identify Olympios out of respect to the privacy of victims of alleged sexual assault), both of whom had reportedly been drinking heavily all day.

“I am a victim and have spent the last week trying to make sense of what happened on June 4. Although I have little memory of that night, something bad obviously took place, which I understand is why production on the show has now been suspended and a producer on the show has filed a complaint against the production,” Olympios, 25, said.

“As a woman, this is my worst nightmare and it has now become my reality. As I pursue the details and facts surrounding that night and the immediate days after, I have retained a group of professionals to ensure that what happened on June 4 comes to light and I can continue my life, including hiring an attorney to obtain justice and seeking therapy to begin dealing with the physical and emotional trauma stemming from that evening.”

According to a source close to Jackson, the BiP star “has been in high spirits” since the investigation and is confident his reputation will soon be cleared.

“He certainly isn’t the man he’s being portrayed to be,” the source told PEOPLE on Wednesday. “It’s hard for his loved ones to sit and watch most of the slanderous accusations and comments from individuals who don’t know anything about who he is. I think the truth may tell [a] different story than what’s been reported thus far.”

While the ABC show’s fate remains up in the air, a source told PEOPLE BiP will not be resuming this summer. “There are no authorities involved, no law enforcement but the incident was flagged internally and they take these matter seriously, so they’re looking into it. But Bachelor in Paradise will not be resuming — this summer at least.” 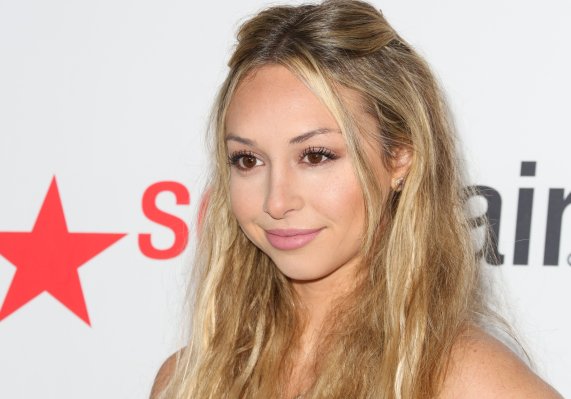 Corinne Olympios on Bachelor in Paradise Incident: 'This is My Worst Nightmare'
Next Up: Editor's Pick