Uber leaders held a meeting on Tuesday to discuss how the company plans to move forward following allegations of sexual harassment and sexism. But the meeting proved just how far the company still has to go.

After former engineer Susan Fowler wrote a blog post alleging she was sexually harassed and experienced gender discrimination during her tenure at the ride-hailing company, Uber announced that it hired former Attorney General Eric Holder to investigate the claims. The company released the report’s recommendations, which call for changes in leadership, human resources and culture, on Tuesday. The company also fired 20 staffers and its CEO Travis Kalanick announced he’ll take a leave of absence in order to grieve for his mother.

“Implementing these recommendations will improve our culture, promote fairness and accountability, and establish processes and systems to ensure the mistakes of the past will not be repeated,” Uber said in a statement about adopting the recommendations from the Holder report. “While change does not happen overnight, we’re committed to rebuilding trust with our employees, riders and drivers.”

But, at Tuesday’s meeting, while board member Arianna Huffington spoke about the importance of adding women to corporate boards, fellow board member David Bonderman interrupted her to make a joke about how women talk too much. Bonderman apologized and later resigned from the board. Later at the meeting, Uber’s Human Resources Chief Liane Hornsey asked the employees in the room to stand up and give others a hug, according to the New York Times‘ Mike Isaac.

This isn’t the first time Uber has stumbled in its attempts to curb its culture. Last week, Huffington said that Kalanick had begun meditating in an office lactation room. “Literally, it was an amazing moment last week when we were in the office and he said, ‘I really need to go meditate in order to be in a place to make good decisions right now,'” Huffington said, according to CNBC. “And literally [he] went into a lactation room that happened to be open, because they don’t have meditation rooms yet. This is part of the change coming.” As some noted, a male CEO using a space reserved for nursing mothers for his personal use probably isn’t the best way to signal that women are valued at the company. 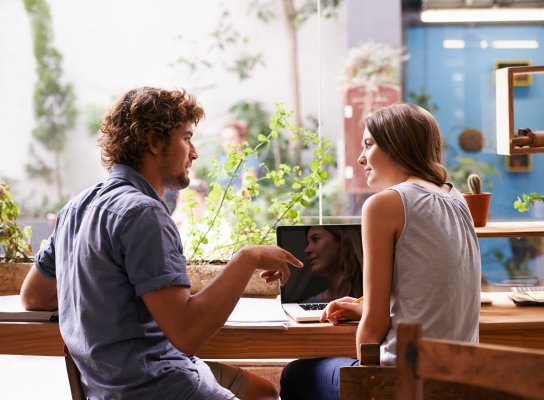 This Conversation Trick Will Help You Avoid Awkward Silences
Next Up: Editor's Pick