Years ago, Twitter user Hanna De Castro’s mom was instructed to put her daughter’s hair in a “half-up, half-down” style, so she followed directions. However, instead of tying back two front pieces and leaving the rest of the hair long in the back, she divided her daughter’s hair into two sections, putting one into a pigtail and leaving the other half simply down. The hairstyle was technically correct — though not exactly accurate by some standards.

Earlier this week, De Castro posted a throwback picture of the resulting unique hairstyle. “My mom was told to give me a half up half down hairstyle. She didn’t know what that meant so she did this..” she captioned the post.

Apparently a number of other moms also weren’t clear on the concept. De Castro’s tweet quickly went viral as other users chimed in with their moms’ unique takes on the “half-up, half down” look.

There was an unexpected side effect to the viral tweet, too. Twitter user David Gonzales got in touch to say that he thought they went to preschool together. It turns out they did, and she joked that he was actually her preschool crush. While her internet fame may have reunited her with her preschool pals, De Castro’s mom is not impressed with her daughter’s newly-minted viral status, though. 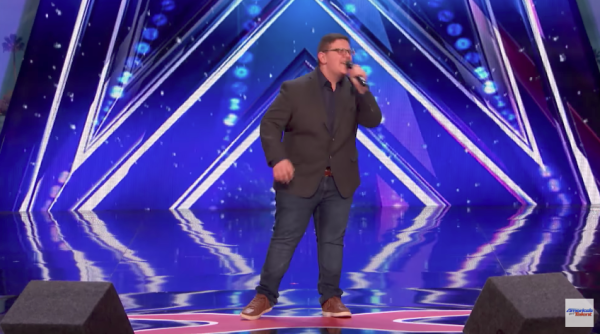 Unassuming Teen Blows Away the 'America's Got Talent' Judges
Next Up: Editor's Pick