Congressman Steve Scalise Was Shot. Here's Everything You Need to Know About Him

A gunman opened fire on a baseball field in Alexandria, Va., on Wednesday where members of Congress were practicing for an upcoming charity baseball game, injuring four including House Majority Whip Steve Scalise of Louisiana. A congressional aide and two Congressional Police Officers were also shot.

Scalise’s Congressional office issued a statement on Wednesday saying the Republican leader had been shot in the hip and was taken to the MedStar Washington Hospital Center. The Congressman is said to have been in “good spirits” before heading into surgery for his injuries. His condition is described as “stable.”

The Louisiana Republican has been in Congress since 2008, when he replaced Bobby Jindal, who left to serve as the state’s governor. Scalise, who as whip is the third highest-ranking member in the House, represents Louisiana’s First District, which includes the suburbs of New Orleans.

Scalise is a conservative, having served as the chairman of the Republican Study Committee, a conservative caucus in the House, and is known for advocating for low taxes, strong defense, ethics reform, and conservative values.

He is also a member of the Energy and Commerce committee in the House. He’s supported legislation in the House that would defund Planned Parenthood, protect personhood of fetuses, establish English as the official language of the U.S. and protect against child exploitation. Scalise has also spearheaded legislation related to the environment and the Federal Communications Commission.

Scalise is a graduate of Louisiana State University where he majored in Computer Science and minored in Political Science. He is married with two children and he and his family live in Jefferson, La. The Congressman served in the Louisiana state legislature from 1996 until 2008.

Scalise’s office asked the public to keep the Congressman in their prayers as he underwent surgery. The office is expected to keep the public updated on his condition as appropriate.

President Trump tweeted his support for the Whip on Wednesday, shortly after news of his injury broke. 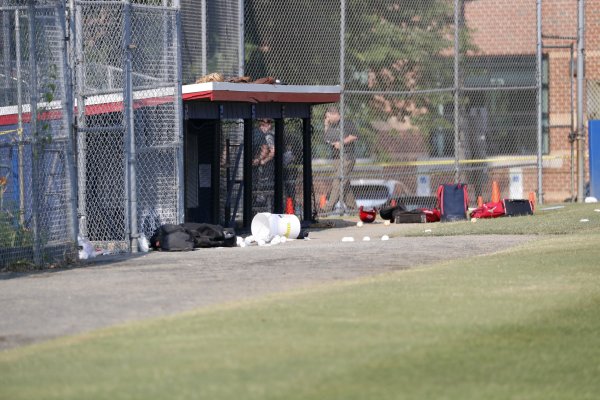 Democrats Pray for Republican Colleagues After Congressman Shot in Virginia in Moving Photo
Next Up: Editor's Pick