It's Time for Progressives to Fight for Women of Color

Ideas
By Andrea Flynn
Andrea Flynn is a fellow at the Roosevelt Institute, where she researches and writes on race, gender, and economic inequality. She is a co-author of The Hidden Rules of Race. Her writing has appeared in The Washington Post, The Atlantic, The New Republic, Teen Vogue, Cosmopolitan, TIME and Salon.

By now it’s clear the Trump era will be cruel to women. The President and Congress have proposed draconian cuts to the nation’s most effective health, nutrition, education, and disability programs, eviscerating benefits that have kept families afloat for decades. These cuts would impact millions of American women and their families. However, women of color would bear a particularly heavy burden as conservatives fortify the structural racism and sexism that has hurt them for centuries.

While Trump pursues his dystopian vision for America, some progressives want to abandon so-called “identity politics.” But that would only further marginalize women at greatest risk in the current political environment and who have long been the engine of progressive politics.

As I demonstrate in “Justice Doesn’t Trickle Down,” a report published recently by the Roosevelt Institute and the Ms. Foundation for Women, women of color experience stark inequities. Compared with white women, women of color have higher levels of unemployment and poverty. They face stark wage and wealth gaps. They are more likely to experience the harsher side of the criminal justice system. They are at much higher risk—regardless of their income—of dying from pregnancy-related causes and having their children die in infancy.

Politicians have often led us to believe that if women can simply earn more they can overcome these obstacles. And of course, paying women a fair and equal wage, guaranteeing them paid sick and family leave, and ensuring access to affordable childcare would all go a long way towards building a stronger economy and a more just society.

But for women of color, economic and overall wellbeing is driven by factors deeper and broader than wage and workplace inequities. For these women, structural inequities will prevent progressive economic policies from being the rising tide that lifts all boats.

Conversations about women’s economic security too often exclude the role of wealth. But wealth is a critical buffer in times of trouble and enables investments in housing, education, new businesses, and future generations. Women of color are caught in vast race and gender wealth gaps.

As of 2013, black and Latina women had a median net worth of $200 and $100, respectively, compared to the median net worth of $15,640 for white women and $28,900 for white men. Older single black women with college degrees have $11,000 in median wealth compared to $384,400 among single white women at the same education level. Women of color are less likely to own a home and are more likely to carry high-cost mortgages. They have higher annual percentage rates on their credit cards and are more likely to have credit card debt. They are more likely to be saddled with education debt and take longer to pay it off than white women.

This means the majority of women of color have no cushion in times of crises they are disproportionately likely to experience: illness, job or housing loss, or the incarceration of a family member.

Why do women have less wealth? As the National Women’s Law Center has reported, the race and gender wage gaps result in significant financial losses over the course of women’s careers: $840,040 for Black women, $934,240 for Native women, and more than $1 million for Latina women.

Conversations about women’s financial security often focus exclusively on issues deemed “economic” in nature. But, as reproductive justice advocates have long argued, health and safety are also economic issues for women and their families. Women can’t maximize economic opportunities if they aren’t able to make decisions about the timing and size of their families, if they can’t access preventive health care and treat chronic illnesses, if they experience violence at the hands of intimate partners or the criminal justice system, or if they live in fear of being torn from their families.

This is especially true for women of color, who have long experienced high rates of mortality from cancer and pregnancy, sexual assault, violence against trans women of color, incarceration and deportation. The fact that women of color with higher incomes also experience many of these disparities tells us social justice is not an inevitable byproduct of economic progress.

Conservatives are advocating an agenda that will undoubtedly make women less safe, less healthy, and far less economically secure. Progressives must respond by confronting the challenges of those who most directly and disproportionately experience injustice and inequality. By all measures and standards in the United States, these are women of color. Any agenda to effectively tackle inequality must center their experiences, expertise and aspirations. All of our communities will be better off for it. 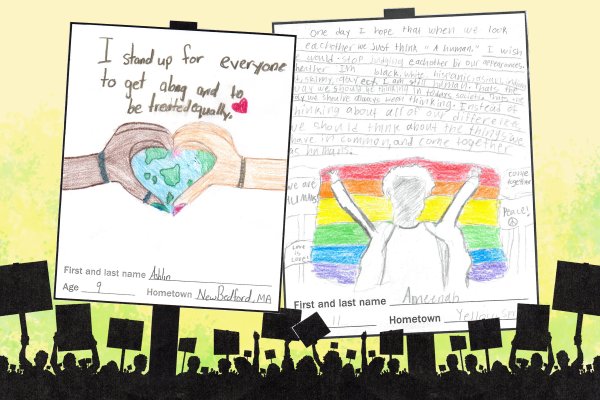 What Kids Say They Want to March for Today
EDIT POST