Defense Secretary James Mattis Says the U.S. Is 'Not Winning in Afghanistan'

The United States is not winning in Afghanistan, Defense Secretary Jim Mattis told Congress on Tuesday, saying he was crafting a new war strategy to brief lawmakers about by mid-July that is widely expected to call for thousands more U.S. troops.

The remarks were a blunt reminder of the gloom underscoring U.S. military assessments of the war between the U.S.-backed Afghan government and Taliban insurgents, classified by U.S. commanders as a “stalemate” despite almost 16 years of fighting.

“We are not winning in Afghanistan right now. And we will correct this as soon as possible,” Mattis said in testimony to the Senate Armed Services Committee.

The Afghan government was assessed by the U.S. military to control or influence just 59.7 percent of Afghanistan’s 407 districts as of Feb. 20, a nearly 11 percentage-point decrease from the same time in 2016, according to data released by the U.S. Special Inspector General for Afghanistan Reconstruction.

A truck-bomb explosion in Kabul last month killed more than 150 people, making it the deadliest attack in the Afghan capital since the ouster of the Taliban in 2001.

Reuters reported in late April that the administration of U.S. President Donald Trump was carrying out a review of Afghanistan, and conversations were revolving around sending between 3,000 and 5,000 U.S. and coalition troops there.

Deliberations include giving more authority to forces on the ground and taking more aggressive action against Taliban fighters.

Senator John McCain, the chairman of the Senate committee, pressed Mattis on the deteriorating situation, saying the United States had an urgent need for “a change in strategy, and an increase in resources if we are to turn the situation around.”

“We recognize the need for urgency,” Mattis said.

Some U.S. officials questioned the benefit of sending more troops to Afghanistan because any politically palatable number would not be enough to turn the tide, much less create stability and security. To date, more than 2,300 Americans have been killed and over 17,000 wounded since the war began in 2001.

On Saturday, three U.S. soldiers were killed when an Afghan soldier opened fire on them in eastern Afghanistan. 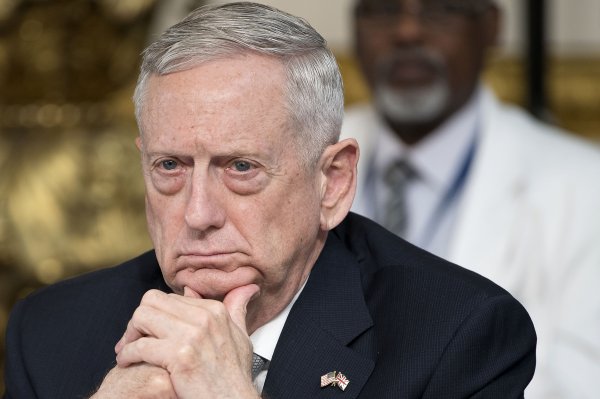