Stephen King Says President Trump Blocked Him on Twitter But J.K. Rowling Is Here to Help

Stephen King’s latest horror story: he’s being blocked by President Trump on Twitter — but he’s not entirely sure what happened.

The noted horror author tweeted on Tuesday that he is being blocked from following Trump’s Twitter account — a situation that other Americans have found themselves in after they made critical comments.

He later asked via Twitter if others had “received a notification of being blocked from Trump’s tweets,” and questioned if it was a hoax. TIME reached out to King to confirm that he is being blocked. King’s representative said that “It has now disappeared so [we] cannot verify if it was from Trump or just a prank.”

After King’s initial tweet, fellow blockbuster author and active Twitter user J.K. Rowling stepped in with an offer to help, offering to slide into his DMs with Trump’s tweets. (Strictly speaking, this isn’t necessary, as blocked users can read reposts of Trump’s tweets on accounts like this one.)

King has been a long-time admirer of Rowling, writing a glowing review of Harry Potter and the Goblet of Fire back in 2000 for the New York Times and following it up with heaps of praise for both the rest of the Potter series, her non-Potter novel The Casual Vacancy, and her writing under the pseudonym Robert Galbraith.

Both King and Rowling have been vocally opposed to Trump, often taking to Twitter to criticize him. Recently, King tweeted a dig at Ivanka Trump and disparaged the Cabinet.

There is a legal debate about whether or not the President can block individual users since last week, Press Secretary Sean Spicer said they amount to “official statements by the President of the United States.”

Fans of the writers are supportive of this arrangement between the two famous novelists. 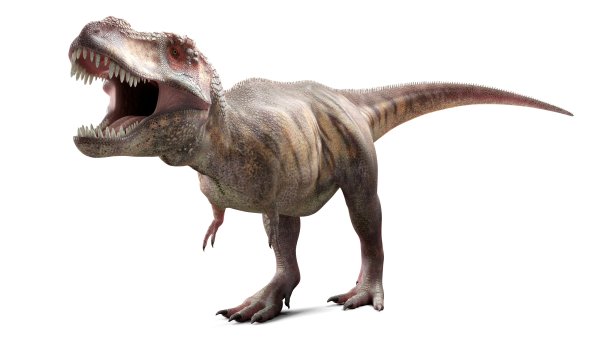 Merriam-Webster Just Schooled This Dinosaur in an Ill-Advised Twitter Feud
Next Up: Editor's Pick