Trump's Cabinet of Worship Is a Scary Sign of American Collapse

In a strange moment of what has been truly a bizarre political season, Donald Trump held his first full cabinet meeting this week. Against the backdrop of the ongoing Russia controversy, the ruling of the 9th U.S. Circuit Court of Appeals against the travel ban, and a stalled legislative agenda which he grossly misrepresented, the President invited each member of his senior team to offer brief comments. The result was a kind of political theater not typically associated with democracies.

Each member thanked the President. Many said they were honored to serve him and his agenda. And each person around the table sought to reassure the president that, despite the political noise, they were doing the work to make America great again. Trump sat, pleased, sometimes with his arms folded across his chest, smiling as cabinet members sang their siren songs of praise.

Reince Priebus, the White House Chief of Staff, said in a tone full of supplication, “On behalf of the entire senior staff around you Mr. President, we thank you for the opportunity and the blessing you’ve given us to serve your agenda and the American people. And we’re continuing to work everyday to accomplish those goals.”

This one in particular felt like a declaration of fealty with a hint of piety. In fact, the entire moment had the feeling of an orchestrated demonstration of Trump’s power. Here, for all of America and the world to see, were the sycophants of the Imperial President’s court: those who, unlike former FBI Director James Comey, demonstrated their loyalty and were proud to say so.

Trump soaked it all in. There wasn’t a hint of embarrassment in the face of the onslaught of praise. He expected it. He wanted it. This was the theater of the wannabe strong man, a despot in the making. A lot of ink has been spilled over the erratic behavior of President Trump: that he has tossed democratic norms into the trash bin. But so many others have so willingly joined him in undermining our fragile experiment.

The cabinet meeting suggests that Trump is not alone. What Speaker Paul Ryan, Senator Mitch McConnell and the GOP are doing in Congress to push the president’s agenda proves that Trump is not alone. Ryan dismissed Trump’s recent behavior as an indication that he is new to Washington, as Ryan guided the House to pass a heartless healthcare bill and dismantle Dodd-Frank. McConnell has brazenly cast aside the norms of the Senate as he prepares to pass a healthcare bill that no one other than Republicans have seen. That more than a third of the country supports Trump no matter what he does corroborates the undeniable fact that Trump is not alone. Trump sits at the table with an array of forces ready and willing to do his bidding.

To make this current democratic crisis about Trump is to miss the deep malaise that engulfs this country. It’s so bad we can’t even see the lessons in a contemporary performance of Shakespeare’s “Julius Caesar.” Let’s try Harry Potter, the books and movies my son so loved. I wonder if he ever asked himself why so many wizards followed Lord Voldemort. Voldemort cared only for himself and he was clear, in the end that only he must live. Power gives cowardice the allure of courage. It props up and emboldens small men and women to think of themselves as larger than life. They bask in its glory until it all comes tumbling down.

To be sure, President Trump is a small and dangerous man. He acts like only he must live. But his cabinet’s singing was not for him. It was for us — to lure us into the jutted rocks, so we would all be complicit in shipwrecking this democracy. 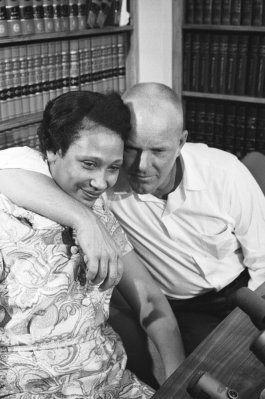 Please Don't Ever Call Me Or My Family 'Basically White'
Next Up: Editor's Pick