Merriam Webster has carved out a distinct niche on social media as a swift political commentator on Twitter. It’s latest target, however, was not a politician, but an extinct animal.

The animal in question, SUE the T.rex, is part of an exhibit at Chicago’s Field Museum. The short-lived Twitter battle began Monday, when the dinosaur’s publicity account posed a poll to the Internet: what type of fresh dinosaur content would followers like the account to post? Out of all the possible poll responses, “Random feuds” edged out “Velociraptor hatin'” as the winner.

And so it was on. The social media team behind the Tyrannosaurus handle selected a target: Merriam Webster.

The dictionary? Yes, the dictionary. The account, which rolls deep with 526,000 followers, boasts a witty sense of humor and has the ability to make headlines on the daily with a single well-timed tweet.

The world’s largest dinosaur, the T. Rex is a fearsome, meat-eating creature with nearly 26,000 followers to its name. But it was still no match for the social media team at Merriam Webster.

Suffice it to say that the dinosaur promptly got owned when Merriam Webster clapped back with the facts about the proportion of the Rex’s arms.

The museum retweeted one user’s observation that, in fairness, it was a dictionary’s game.

And made up for its public loss with a joke. 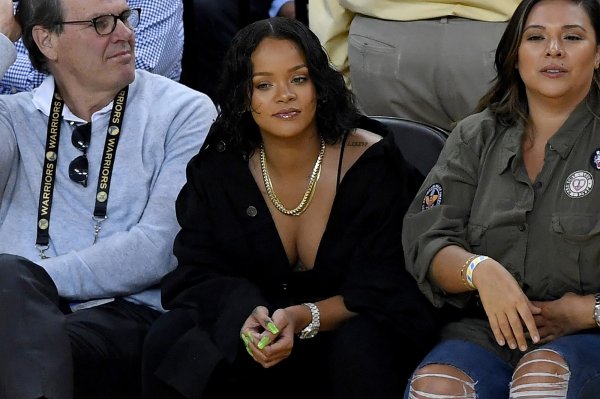 Rihanna Proved She Was Queen of the Memes After the Cavaliers Lost the NBA Finals
Next Up: Editor's Pick