The Islamic State group (ISIS) now has a pervasive presence in Indonesia, the country’s military chief warned, where so-called “sleeper cells” are believed to have been established all over the Southeast Asian archipelago.

Reuters reports that Gen. Gatot Nurmantyo said Monday that clandestine networks linked to the terror group have popped up “in almost every province” of the world’s largest Muslim-majority nation. The commander cautioned that the cells “can easily join up with other radical cells.”

Government forces in the southern Philippine city of Marawi, a short distance by sea from several Indonesian islands, have been locked in fierce battle with militants linked to the terror group for weeks. The Philippine army says the militants now have control of some 20% of the city, according to Reuters.

“It’s easy to jump from Marawi to Indonesia and we must all beware of sleeper cells being activated in Indonesia,” Murmantyo told reporters at a press conference in the Indonesian capital Jakarta.

Indonesia is a secular nation, with its Muslim population traditionally practicing moderate forms of Islam. In recent years, however, the country of some 257 million people has seen a rise in radicalism along with occasional terror attacks and bombings.

The country’s shift toward intolerance was evident earlier this year during the political free-fall of Jakarta’s popular former governor Basuki Tjahaja Purnama, a Christian more commonly known as Ahok, who was recently imprisoned on a blasphemy charge. 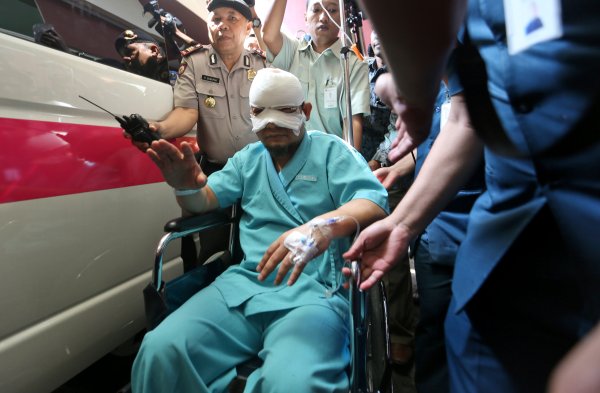